Manfred Gelersen, a German soldier who fought during World War II for the Germans on Hitler: “Hitler was from the devil!” Gelersen comments on Hitler’s political agenda and the series of events that unfolded within the country that allowed Hitler to rise to power so quickly. He talks about the … Continue reading

In this audio account of Arielle Krasner’s experience during and after the September 11 attacks in 2001, Krasner recounts how she was in high school at the time of the tragic incident. She describes how that day impacted her parents (“My mom still has nightmares…”) and how it influenced her … Continue reading 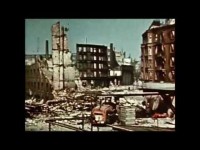 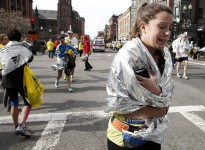 Author: Winslow Townson “If I had run aimlessly around the perimeter of the blast sites, I would have wasted my time and a chance to really contribute to the story…” Patriots Day. This Massachusetts holiday celebrates the battles of Lexington and Concord, which were the first battles of the American … Continue reading

In this interview, a Bosnian woman named Leila explains her decision to keep the child she became pregnant with after being raped in captivity. During the Bosnian War, the Army of the Republika Srpska is believed to have raped over 50,000 Bosnian Muslim women. After the war, the International Criminal Tribunal for … Continue reading 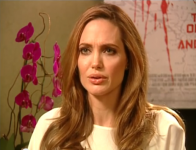 Angelina Jolie explains the reason why she “felt a responsibility” to learn about the Bosnian War. Ultimately, Jolie’s personal interest in its harrowing legacy inspired “The Land of Milk and Honey,” her directional debut. The famous actress and humanitarian describes the making of the film and her experience while interviewing … Continue reading 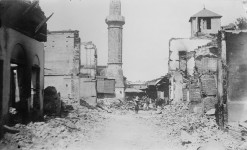 Rahan Kachian, an Armenian immigrant that came to the United States during the Armenian Genocide that began in 1915 and occurred in present-day Turkey, remembers the events of that time in her life. She recalls rebuilding her family and community in America and the terrifying events of what happened to … Continue reading 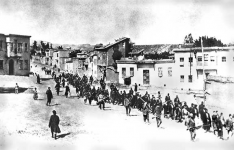 BBC reporter travels to Turkey, formerly part of the Ottoman Empire, to get facts and opinions from Turkish natives and experts that reflect how they feel about the Armenian Genocide that occurred in 1915. Doctor Yusuf Halacoglu, the president of the Turkish Historical Society, believes that the event cannot be … Continue reading

Maria, 104 years old at the time of this interview, describes the inhumane treatment that Armenians like herself were subject to during the oft-forgotten genocide against Armenians in Turkey in the early 20th century. The Turkish government still officially denies the existence of the genocide.