Joseph Goebbels secretary recalls what he was like in the office in the forthcoming film A German Life. Goebbels was Hitler’s minister of a Propaganda. It was on November 16, 1941 that Goebbels released his “screed of hate,” in the German magazine Das Reich that “The Jews wanted the war, … Continue reading

A veteran of the 737 Bomb Squadron in the 454 Bombardment Group in the U.S. Air Force during World War II, Lambert R. (Bobby) Walker recalls a mission through a flack zone.  Leaving Yale early, Walker was deployed to Europe where he flew in 35 missions. Trying to navigate away … Continue reading

World War II Veteran Lambert R. (Bobby) Walker recalls his entry into WW II.  Leaving Yale early, he was deployed to Europe where he flew in 35 missions as part of the 737 Bomb Squadron in the 454th Bombardment Group.  Walker, like all of his contemporaries, knew he was going … Continue reading 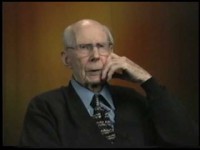 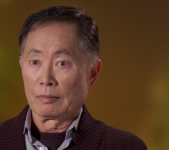 George Takei recalls the day his family was taken away to a Japanese Internment Camp and reflects on the unconstitutional policies that allowed the camps to exist in the first place. 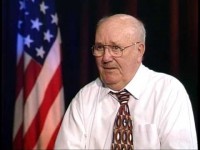 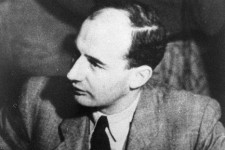 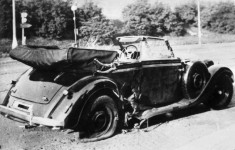 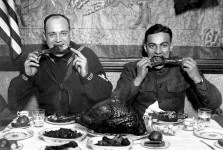 U.S. Navy Lieutenant Otis Wheeler Jr. describes a time during World War II when he and his fellow soldiers had to fly a search and rescue mission on Christmas Day; a mission in which he was the only one to return from. Continue reading