Dan Stevens and Rob James-Collier discuss their characters in Downton Abbey. This is a British period drama television series created by Julian Fellowes that captures the lives of the aristocratic Crawley family and their servants in the post-Edwardian era.

Actresses from British period drama television series Downton Abbey explain the themes and characters they play in the show. 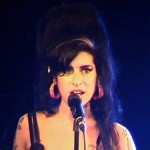 During this interview of Amy Winehouse, her album Back to Black is number one in the United Kingdom. Continue reading 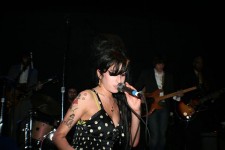 In this quirky interview, singer-songwriter Amy Winehouse plays word association games that hint at the levels of addictive behavior that would eventually take her life on July 23, 2011 at the age of 27. Continue reading

Discover why Amy Winehouse says she doesn’t know anyone else like herself, along with the types of feelings that she writes down and turns into songs and how she hopes other people will respond to what she creates. Continue reading