“Intense grief was on every countenance when I replied that the President could survive but a short time. The colored people especially-and there were at this time more of them, perhaps, than of whites – were overwhelmed with grief.” 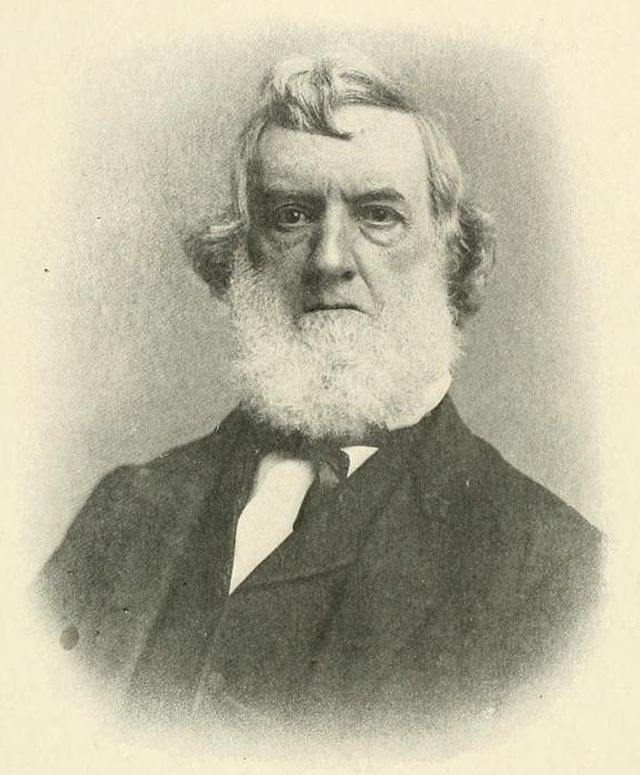 Portrait of Gideon Welles, United States Secretary of the Navy from 1861 to 1869.

Gideon Welles served under President Lincoln as Secretary of the Navy. On the night of April 14, he was awakened with the news that Lincoln had been shot. Together with Secretary of War Edwin Stanton, he rushed to Ford’s Theater. They found the area packed with a large crowd and learned that Lincoln had been taken to a house across the street. Clamoring up the stairs, Welles asked a doctor he recognized about Lincoln’s condition. The physician replied that the President might live another three hours. We pick up his story as he enters the room where Lincoln lay:

“The President had been carried across the street from the theater to the house of a Mr. Peterson. We entered by ascending a flight of steps above the basement and passing through a long hall to the rear, where the President lay extended on a bed, breathing heavily. Several surgeons were present, at least six, I should think more. Among them I was glad to observe Doctor Hall, who, however, soon left. I inquired of Doctor Hall, as I entered, the true condition of the President. He replied the President was dead to all intents, although he might live three hours or perhaps longer. 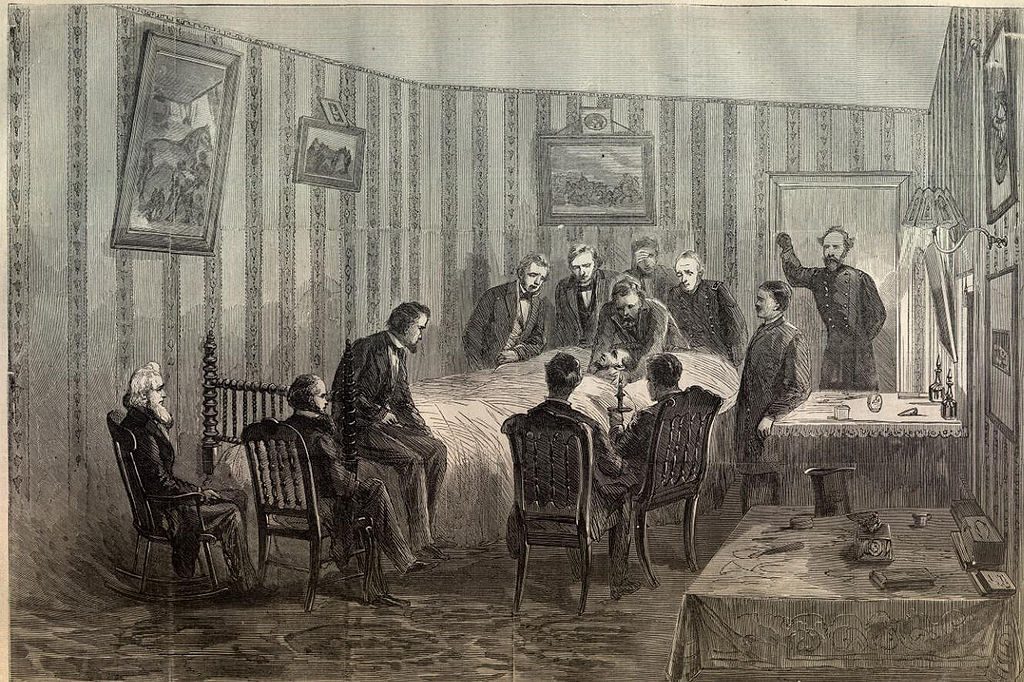 The giant sufferer lay extended diagonally across the bed, which was not long enough for him. He had been stripped of his clothes. His large arms, which were occasionally exposed, were of a size which one would scarce have expected from his spare appearance. His slow, full respiration lifted the clothes with each breath that he took. His features were calm and striking. I had never seen them appear to better advantage than for the first hour, perhaps, that I was there. After that his right eye began to swell and that part of his face became discolored.

Senator Sumner was there, I think, when I entered. If not he came in soon after, as did Speaker Colfax, Mr. Secretary McCulloch, and the other members of the cabinet, with the exception of Mr. Seward. A double guard was stationed at the door and on the sidewalk to repress the crowd, which was of course highly excited and anxious. The room was small and overcrowded. The surgeons and members of the cabinet were as many as should have been in the room, but there were many more, and the hall and other rooms in the front or main house were full. One of these rooms was occupied by Mrs. Lincoln and her attendants, with Miss Harris. Mrs. Dixon and Mrs. Kinney came to her about twelve o’clock. About once an hour Mrs. Lincoln would repair to the bedside of her dying husband and with lamentation and tears remain until overcome by emotion. 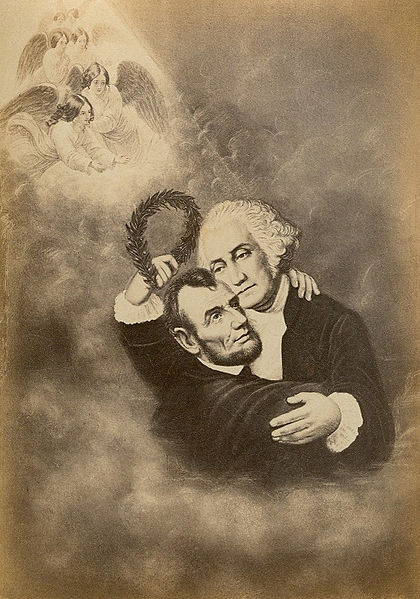 A door which opened upon a porch or gallery, and also the windows, were kept open for fresh air. The night was dark, cloudy, and damp, and about six it began to rain. I remained in the room until then without sitting or leaving it, when, there being a vacant chair which some one left at the foot of the bed, I occupied it for nearly two hours, listening to the heavy groans and witnessing the wasting life of the good and great man who was expiring before me.

About 6 A.M. I experienced a feeling of faintness, and for the first time after entering the room a little past eleven I left it and the house and took a short walk in the open air. It was a dark and gloomy morning, and rain set in before I returned to the house some fifteen minutes later. Large groups of people were gathered every few rods, all anxious and solicitous. Some one or more from each group stepped forward as I passed to inquire into the condition of the President and to ask if there was no hope. Intense grief was on every countenance when I replied that the President could survive but a short time. The colored people especially-and there were at this time more of them, perhaps, than of whites – were overwhelmed with grief.

A little before seven I went into the room where the dying President was rapidly drawing near the closing moments. His wife soon after made her last visit to him. The death struggle had begun. Robert, his son, stood with several others at the head of the bed. He, bore himself well but on two occasions gave way to overpowering grief and sobbed aloud, turning his head and leaning on the shoulder of Senator Sumner. The respiration of the President became suspended at intervals and at last entirely ceased at twenty-two minutes past seven…”

Visit Eyewitness History to read more about the death of President Abraham Lincoln on April 15, 1865.