By Veterans History Project • May 19, 2014 Uncategorized

“This is the first time there was racial discrimination. We had black troops in the area and we were separated from them.”

“One day, Hitler made an announcement that he would drive us back into the sea. We were told to sleep with our gas mask. They thought, the Germans might possibly gas us.”

“All the fellows ran to their fox holes but I sat there. I had a little fire going and I was heating up the can of hotdogs & beans. I wasn’t going to leave it, it was my favorite meal…” 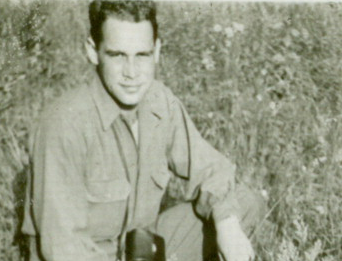 The following is an excerpt from Bernard Horowitz’s memoir, “My Career in the Army,” who served as a technician in the U.S. Army’s 553rd Military Police Escort Guard (MPEG) Company. In this excerpt, Horowitz details his training in England and his arrival in France on June 15, 1994, nine days after D-Day at Utah Beach. 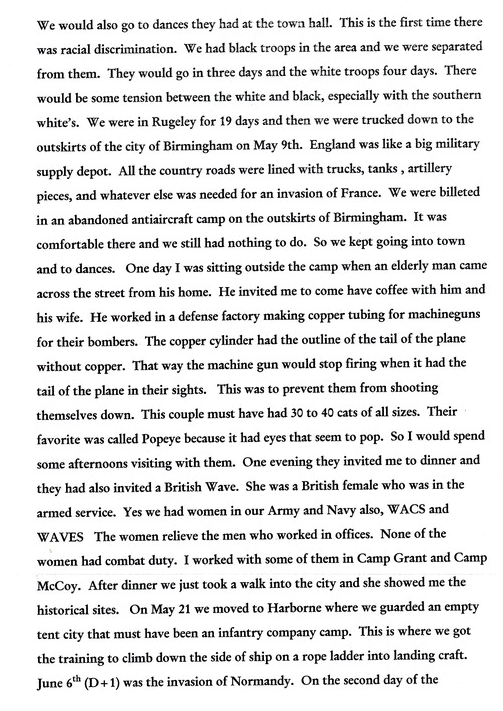 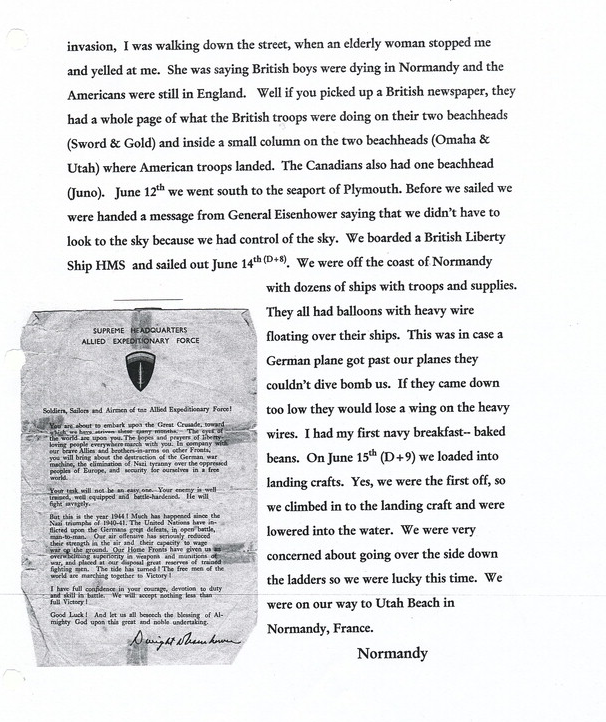 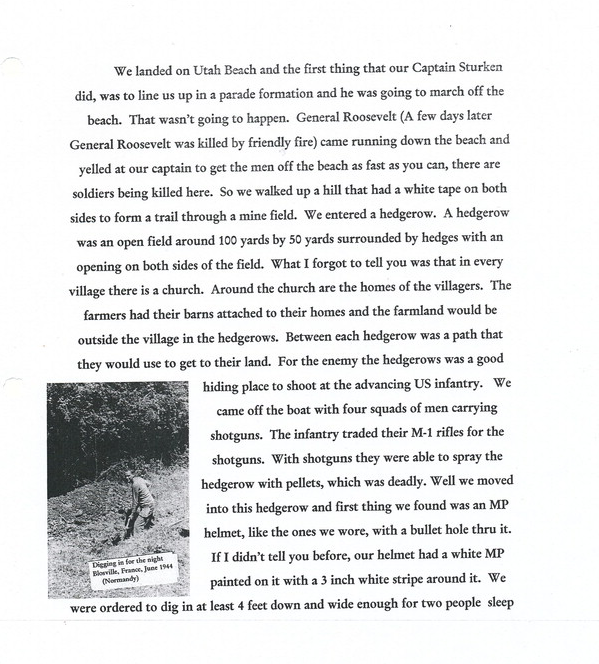 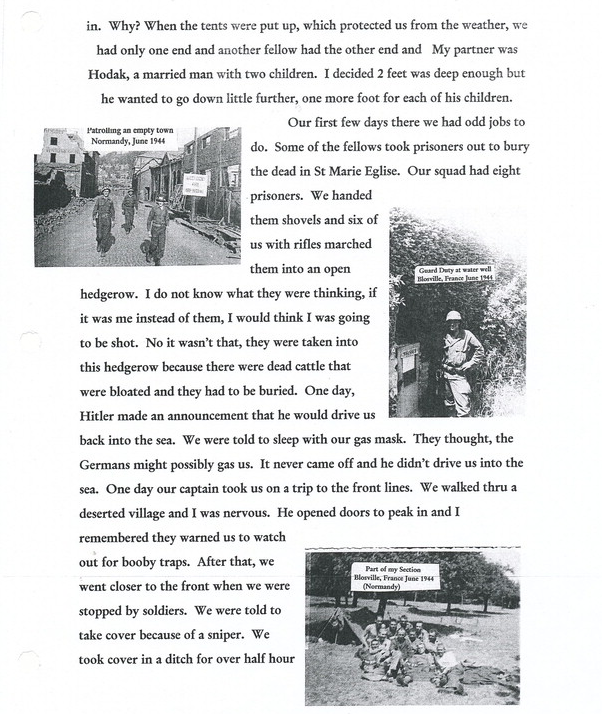 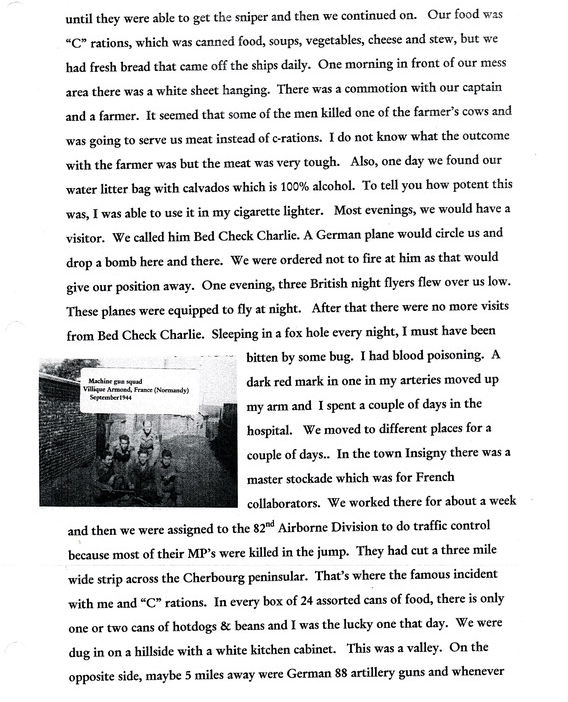 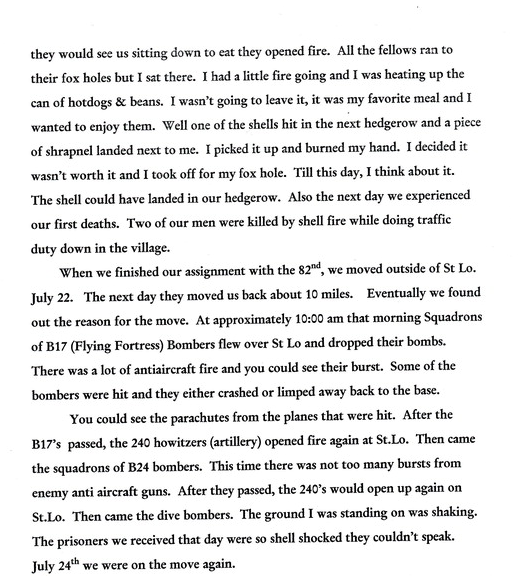