“I hope you will not have a building of any kind, not a summer cottage, a hotel, or anything else, to mar the wonderful grandeur…Leave it as it is. You can not improve on it.”

President of the United States from 1901 to 1909, Theodore Roosevelt is considered the “Father of Conservation,” a lifelong naturalist and avid explorer. In his 1903 speech–set amidst the backdrop of the Grand Canyon–Roosevelt urges the preservation of the canyon as he addresses his former soldiers from the Spanish-American War of 1898. In 1908, Roosevelt proclaimed a large portion of the Grand Canyon as a national monument along with several other terrains throughout the country. His speech was given in Arizona on May 6, 1903:

Mr. Governor, and you, my Fellow-Citizens:

I am glad to be in Arizona to-day. From Arizona many gallant men came into the regiment which I had the honor to command. Arizona sent men who won glory on fought fields, and men to whom came a glorious and an honorable death fighting for the flag of their country. As long as I live it will be to me an inspiration to have served with Bucky O Neill. I have met so many comrades whom I prize, for whom I feel respect and admiration and affection, that I shall not particularize among them except to say that there is none for whom I feel all of respect and admiration and affection more than for your Governor. 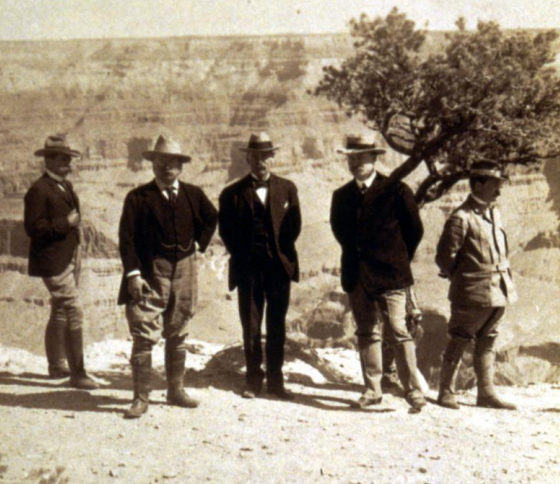 I have never been in Arizona before. It is one of the regions from which I expect most development through the wise action of the National Congress in passing the irrigation act. The first and biggest experiment now in view under that act is the one that we are trying in Arizona. I look forward to the effects of irrigation partly as applied by and through the government, still more as applied by individuals, and especially by associations of individuals, profiting by the example of the government, and possibly by help from it I look forward to the effects of irrigation as being of greater consequence to all this region of country in the next fifty years than any other material movement whatsoever.

In the Grand Canyon, Arizona has a natural wonder which, so far as I know, is in kind absolutely unparalleled throughout the rest of the world. I want to ask you to do one thing in connection with it in your own interest and in the interest of the
country to keep this great wonder of nature as it now is. I was delighted to learn of the wisdom of the Santa Fe railroad people in deciding not to build their hotel on
the brink of the canyon. 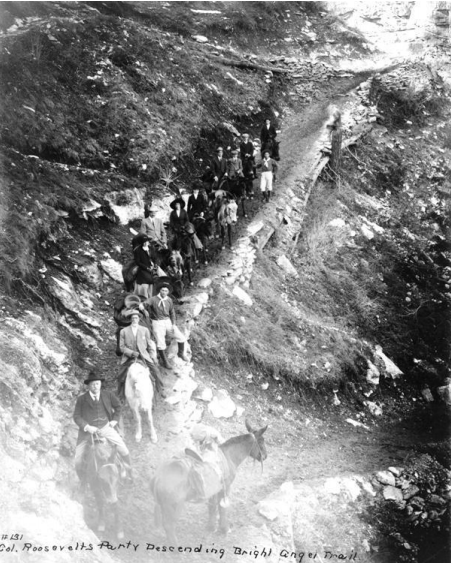 I hope you will not have a building of any kind, not a summer cottage, a hotel, or anything else, to mar the wonderful grandeur, the sublimity, the great loneliness and beauty of the canyon. Leave it as it is. You can not improve on it. The ages have been at work on it, and man can only mar it. What you can do is to keep it for your children, your children’s children, and for all who come after you, as one of the great sights which every American if he can travel at all should see. We have gotten past the stage, my fellow-citizens, when we are to be pardoned if we treat any part of our country as some thing to be skinned for two or three years for the use of the present generation, whether it is the forest, the water, the scenery. Whatever it is, handle it so that your children’s children will get the benefit of it. If you deal with irrigation, apply it under circumstances that will make it of benefit, not to the speculator who hopes to get profit out of it for two or three years, but handle it so that it will be of use to the home-maker, to the man who comes to live here, and to have his children stay after him. Keep the forests in the same way. Preserve the forests by use; preserve them for the ranchman and the stockman, for the people of the Territory, for the people of the region round about. Preserve them for that use, but use them so that they will not be squandered, that they will not be wasted, so that they will be of benefit to the Arizona of 1953 as well as the Arizona of 1903. 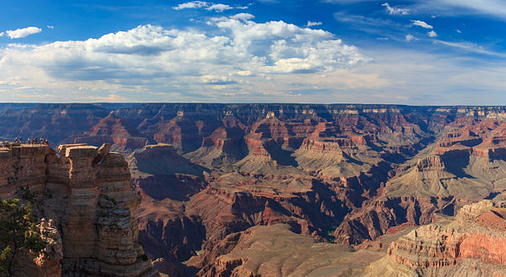 To the Indians here I want to say a word of welcome. In my regiment I had a good many Indians. They were good enough to fight and to die, and they are good enough to have me treat them exactly as squarely as any white man. There are many problems in connection with them. We must save them from corruption and from brutality; and I regret to say that at times we must save them from unregulated Eastern philanthropy. All I ask is a square
deal for every man. Give him a fair chance. Do not let him wrong any one, and do not let him be wronged.

I believe in you. I am glad to see you. I wish you well with all my heart, and I know that your future will justify all the hopes we have.