“After the coup many people from the village joined the Khmer Rouge to fight against the new government…While the government had squashed this uprising, it was only the beginning of the civil war.”

The Lon Nol coup occurred on March 18, 1970. My uncle Om Ngat, and his wife, Om Ear were living in Takeo Province, Bati District in Chambak Commune. While my mother recalls the streets of Phnom Penh being very quiet that day, my aunt remembers a violent uprising in Chambak Commune in the subsequent days. I interviewed my aunt as she recalls tensions in her village soon afterwards and how the Khmer Rouge grew in her commune as a result: 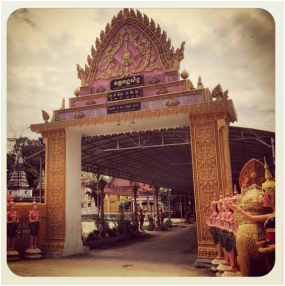 On March 18, 1970 I was living in Takeo Province, Bati District in Chambak Commune. We owned a small shop in our house. We lived in the same house your mother grew up in, which was across the street from Wat Ansung (Ansung Pagoda). We didn’t know that there had been a coup in Phnom Penh. We didn’t hear the announcement because there weren’t many TVs or radios in our village at the time.

A few days afterwards we heard rumors from Phnom Penh that something big had happened, that the government had removed Prince Sihanouk from power. Some villagers said they later heard a message from Prince Sihanouk on the radio telling the people to rise against the enemies and go to the maquis to fight the government. At that point I knew there would be trouble because people in the village adored Prince Sihanouk. They were fiercely loyal to him and would die for him.

Soon after, perhaps that day or the next day, massive protests in Chambak commune broke out. It started in the afternoon when a group of people marched to Salah Temnah Kong Eng and took down a picture of Prince Sihanouk. The commune officials from the Chambak Salah Srok tried to prevent the villagers from doing so, but the people wouldn’t listen.  They took the picture down and carried it to Wat Ansung, which was about two kilometers from the Salah Srok.  Wat Ansung became the central meeting place for the protestors. Since our house was right in front of the pagoda and we had a shop, people would come and buy things, and ask for Om Ngat, who was well known in the village. They wanted him to come out and protest with them.  I told them he wasn’t home, that he was out playing football (soccer) by Tonle Bati. 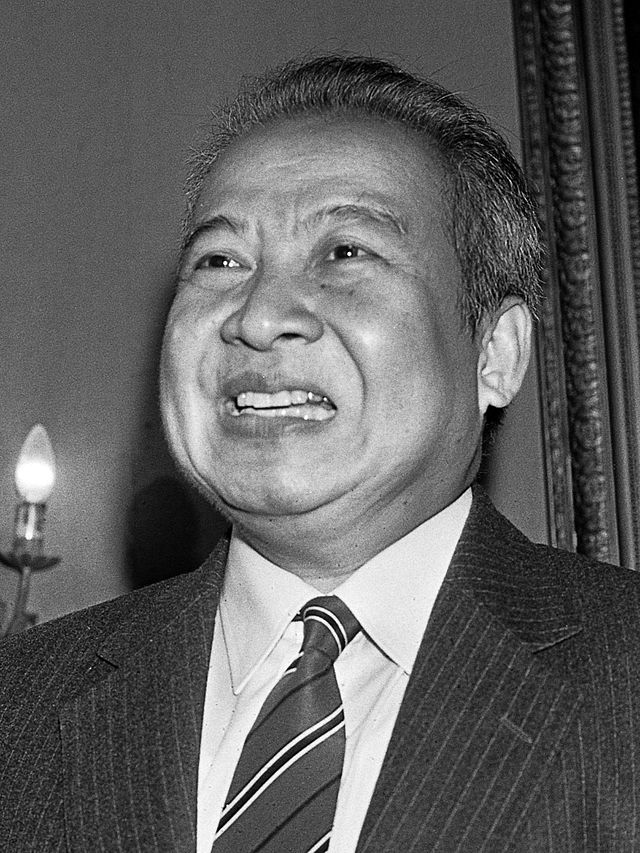 Towards the evening more and more people gathered at the pagoda. By this time your uncle came back. Then there was a knock at our door. This time the protestors wanted our megaphone to make announcements to rally the people. We gave it to them but told them we didn’t know how to use it since we had rented it from someone else. They took it and left us alone for the night.

The next morning, more and more people came to our village.  Droves of people were marching from as far as Phnom Chiso and they all gathered at Wat Ansung. The crowd got so large that the pagoda couldn’t fit everyone. There was an overflow of people and many of them stood in front of our house. I was scared. Your uncle was on his way to Phnom Penh to buy things for the shop and I was at home with your grandfather Kong Sreng and the children. Kong Sreng saw more and more people coming down the road carrying machetes. They were a rabble-rousing crowd. He told me to close the door. He was afraid that the protestors were drunk, would become violent and would burn down the house. I closed the doors to the house.

Later that morning villagers at the pagoda turned into a massive mob and knocked on our door again looking for Om Ngat. They went from house to house telling people to come out and protest.  In some cases they threatened to burn the house down. I told them he wasn’t home that he had gone to Phnom Penh. Shortly after I heard a noise in the back of our house. It was Om Ngat who snuck by the protestors. I let him in the back door. He told me he didn’t make it to Phnom Penh. The government had closed the roads going into the city. On his way back someone at the market told him that he needed to rush home because the mob was going to burn down his house.

The crowd had swelled to the hundreds, if not thousands, by the late morning. They left Wat Ansungand marched with the picture of the Prince to the hospital and then to the Salah Srok. There must have been thousands of people marching, wielding knives and machetes and screaming at the top of their lungs Jay-yo Samdach (Victory Prince). The workers at the Salah Srok must have been scared from the day before and called for help from Takeo Province. Earlier that day two big trucks carrying soldiers came. They stood in front of the Salah Srok waiting for the protestors. 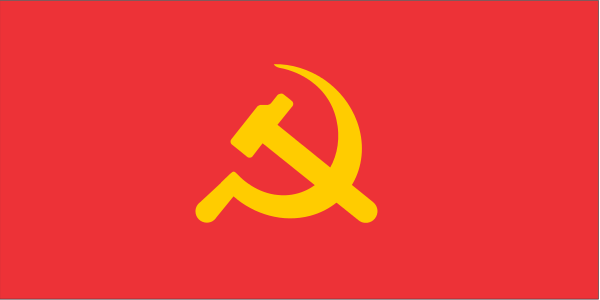 Flag used by Khmer Rouge during their 1975 campaign. This design was replaced soon after their victory. Source: Creative Commons.

The Salah Srok was the final confrontation, soldiers against the angry mob. Even with the soldiers there carrying their guns, the protestors did not disperse. They were not intimidated. The soldiers warned them but the people wouldn’t move.  The people were defiant, they yelled Jay-yo Samdach, Jay-yo Samdach! Then it turned violent. The soldiers started shooting people indiscriminately. The crowd had scattered. I heard the shots and saw people running past our house screaming. I was terrified. Suddenly it was silent. The protestors went home. Eight people had died that day. Later in the afternoon the soldiers left. In the evening people went back to the Salah Srok to pick up the dead bodies to take to the hospital.