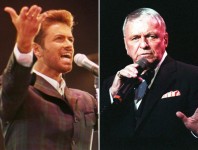 Still feeling the strain following his hugely successful solo debut album three years previous, George Michael told the LA Times  in September of 1990 that he would be shunning the limelight prior to, and during, the decidedly low-key release of his new album, Listen Without Prejudice Vol. 1; specifically there … Continue reading