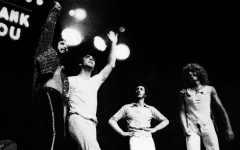 The Who are a British rock band considered to be one of the most influential of the 20th century. The group formed in 1964, and went on to sell over 100 million records worldwide. In 1969, The Who released their album Tommy, which was about a deaf, dumb and blind … Continue reading