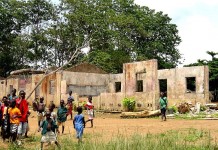 The Sierra Leone Civil War began in March of 1991, when Charles Taylor sent his special forces into the country from Liberia in an attempt to overthrow the government of Joseph Momoh. The civil war would go on for eleven years, leaving over 50,000 people dead. Child soldiers were a … Continue reading