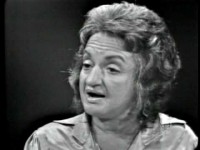 Betty Friedan was an American writer and activist, best known for initiating the second wave of American feminism in the 20th century with the release of her book The Feminine Mystique in 1963. In 1966, Friedan founded and was elected to be the first president of the National Organization for … Continue reading