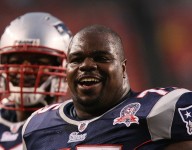 The Legion of Boom refers to the group of players that make up the secondary of the Seattle Seahawks since 2012. Cornerbacks Byron Maxwell and Richard Sherman and safeties Kam Chancellor and Earl Thomas delivered a dominant performance in Super Bowl XLVIII against the Denver Broncos. In this video, Sherman … Continue reading 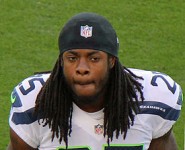 On February 1, 2015, the Seattle Seahawks will face the New England Patriots in Super Bowl XLIX. The last time the two teams faced each other, on October 14, 2012, the Seahawks came from behind to beat the Patriots 24-23 in Seattle. The game is best remembered for the interaction … Continue reading 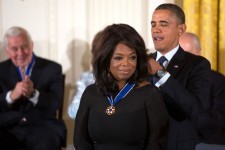 Oprah Winfrey is a talk show host, actress, producer and philanthropist who is best known for her award-winning talk show The Oprah Winfrey Show. Winfrey has been called the “Queen of All Media” and is the richest African-American of the 20th century. In this video, Oprah discusses what she believes … Continue reading 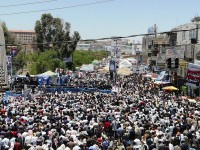 On January 27, 2011, over 16,000 protestors met in Sana’a, the capital of Yemen, to protest the Yemeni government. These protests followed protests in Tunisia and Egypt, and was part of the Arab Spring. Yemeni President Saleh then announced on February 2 that he would not seek reelection in 2013 … Continue reading

Boko Haram is a terrorist organization with a base of operations in northeastern Nigeria. In April of 2014, Boko Haram kidnapped 276 girls from a town called Chinok in northeast Nigeria. More than 50 of the girls were able to escape, but the remainder still have not been released. In … Continue reading 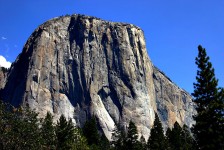 On January 14, 2015, free-climbers Tommy Caldwell and Kevin Jorgeson completed their 19 day effort to become the first people to ever free-climb the sheer face of El Capitan’s Dawn Wall. The duo used safety ropes and harnesses to prevent falls, but did not use any climbing aids in reaching … Continue reading

The office of Charlie Hebdo, a French satirical newspaper, was the site of a terrorist attack on January 7, 2015. Many staff members of the newspaper were killed. In this video, french journalist Laure Bretton talks about what she heard and saw during the attack.