Father of a murdered Columbine student, Brian Rohrbough, discusses what it was like to see his son dead on the ground in the newspaper and how he has failed as a father. Continue reading 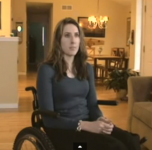 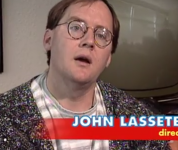 TIME's Alice Park talks with AIDS researcher Dr. David Ho who won TIME's Person of the Year award in 1996. Ho discusses his work with the AIDS/HIV virus and the drug 'cocktail' that won him the award. Continue reading

Author: Ben Nussbaum On November 7, 1991, Magic Johnson announced that he had HIV. It was a shocking juxtaposition: Magic was charming, athletic, the always smiling ambassador of his sport. More than anything, people felt that they knew Magic. He was 32 years old and had been in the spotlight … Continue reading

Katie Lyles, elementary school art teacher in Colorado, was also a student during the shooting rampage at Columbine High School. Her first person account shares her fear for her students now, and how the world needs to take a closer look at how to help those with mental illnesses and how to strengthen gun control.
Continue reading

Nelson Mandela, during his imprisonment on Robben Island, was inspired by reading the Diary of Anne Frank. Continue reading 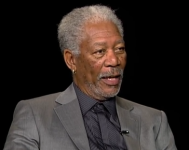 Morgan Freeman met Nelson Mandela many times in order to learn how to play him in the film, Invictus. Continue reading 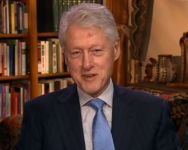