“Gehrig looked every bit the hero, big shoulders, big biceps, a smile that went with his twinkling eyes, and dimples and curly hair that would inspire oohs and aahs that were to come a few years later when Frankie Sinatra’s bobby soxers invented the swoon.” 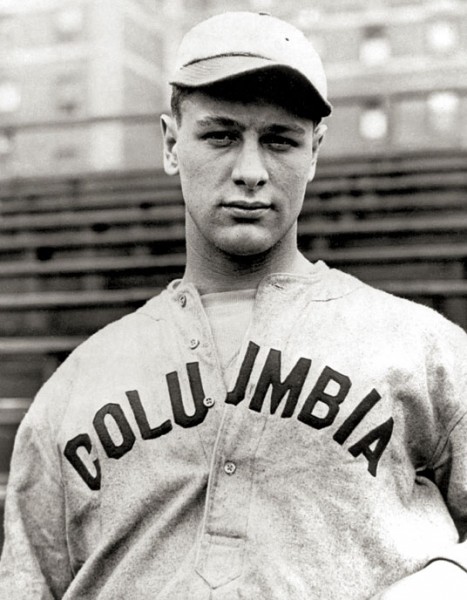 Reporter Glen Bayless remembers his 1939 interview with Lou Gehrig that “has never faded in memory over the years.” He describes the captivating presence of the baseball icon, even as he began to succumb to the illness that would take his life two years later. With his enduring composure and vitality, Gehrig made a lasting impression on the young reporter and the nation.

“It was 45 years ago this Wednesday that the “Iron Horse” Lou Gehrig was not in the lineup of the New York Yankees for the first time in 2,130 games.

Crippled by a backache, Gehrig left Yankee Stadium to go to the Mayo Clinic in Rochester, Minn., to find out what was wrong with him a dwindling batting average far out of character with the Yanks’ cleanup hitter since June 1, 1925.

This date brings memories of a rainy afternoon in Oklahoma City in March 1939, when a 23-year-old sports reporter had an interview that has never faded in memory over the years.

The reporter took advantage of the rainout at the old Oklahoma City Indians ball park on Pennsylvania Avenue to go ask Henry Louis Gehrig about his hitting slump and his pains.

Gehrig’s lackluster performance had become a headline in the newspapers during the early spring, and the opening game of the 1939 season was only days away.

The Yankees were in town for an exhibition game on their way home to open the American League season. 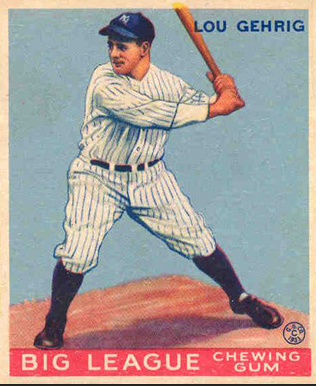 Because of the rainout, Gehrig was not otherwise occupied, and would graciously stand still for an interview.

Those were the days when American and National League teams scheduled exhibitions on their way north from spring training in Florida. The Grapefruit League made life worth living to baseball fanatics who from October to March had only the gossipy Hot Stove League for life support.

There were no major league teams west of St. Louis in those days, and it was no easy task to see a major leaguer in the flesh.

An exhibition game between the Yankees and the Oklahoma City Class A Texas League team was good, even though second best.

Newsreels 10 days old and tinny broadcast radio reconstruction of games were as close as you got to the real thing.

Unless, of course, you had a generous uncle who sprang for tickets at Sportsman’s Park in St. Louis to see the Gas House Gang Cardinals, with Dizzy Dean and Oklahomans Pepper Martin and Ducky Medwick.

The expectation mounted as the young reporter walked through the Skirvin Hotel lobby for the interview. There in the lobby, lounging in leather chairs were Joe DiMaggio, only three years in the majors but already a demigod, and Earl Coombs, the white-haired coach who years before had roamed centerfield, a ball hawk and a .300 hitter….”