“In every walk with nature, one receives far more than he seeks.” -John Muir 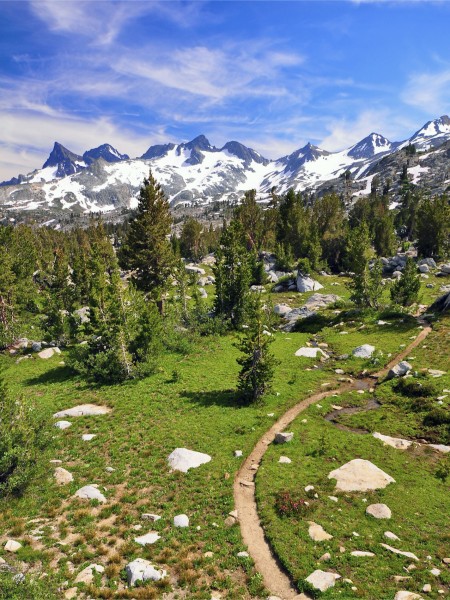 The Pacific Crest Trail (PCT) is one of the most well-known long-distance hiking trails in the world.

It spans 2,663 miles from the U.S.-Mexico border to the U.S.-Canada border and changes in elevation from just above sea level to over 13,000 feet. While it may not be quite as famous as the Appalachian Trail, it has become more recognizable recently mostly due to Cheryl Strayed’s 2012 memoir, “Wild: From Lost to Found on the Pacific Crest Trail,” which had reached the first position in the New York Times Best Sellers list and been selected for Oprah’s Book Club. The trail will gain more public attention soon when the film adaptation of Strayed’s memoir is released in December of 2014 starring Reese Witherspoon in the lead role.

Despite being part of the Triple Crown of Hiking along with the Appalachian Trail and the Continental Divide Trail, the PCT was officially completed just over 20 years ago in 1993. And even though the trail was completed relatively recently, the PCT has a long and interesting history that starts in the 1930s.

There are many theories as to who the first person was to propose a trail running from Mexico to Canada along the west coast of the United States, but the most believed theory is that a man named, Clinton C. Clarke, proposed the trail. Clarke wanted to link the many already-existing trails into one long-distance trail that would span across the U.S. south to north. 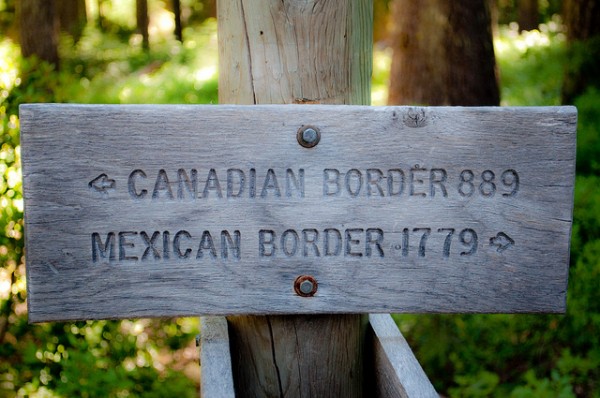 Clarke wanted to connect the John Muir Trail, the Tahoe-Yosemite Trail, the Skyline Trail and the Cascade Crest Trail. In order to promote this proposed trail, Clarke founded the Pacific Crest Trail System Conference in 1932–including hiking and youth groups such as the YMCA, the Sierra Club and the Boy Scouts. Throughout the 1930s, people in these groups, especially the YMCA, scouted a route for the trail figuring out how they could combine the already-existing trails.

By the 1960s, hiking and spending time in the mountains became a lot more popular throughout the United States and as a result of this, President Lyndon B. Johnson wanted there to be a nationwide system of trails that would promote outdoor recreation. In 1968, the National Trails System Act was passed by the U.S. Congress and the Appalachian Trail and the Pacific Crest Trail became the U.S.’s first two national scenic trails. 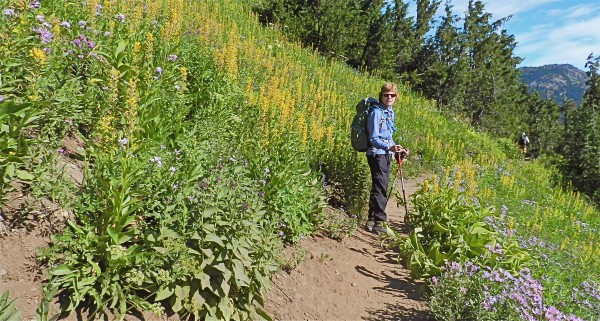 The act also called for a Pacific Crest National Scenic Trail Advisory Council to be formed that would be in charge of the upkeep of the PCT and deal with all sorts of people such as cattle ranchers that use the land that the trail goes through.

In 1992, the council was renamed the Pacific Crest Trail Association and made agreements with the U.S. Forest Service, the U.S. Park Service and the Bureau of Land Management. In 1993, the trail was declared complete. But with over 200 miles of the trail running through private lands, the trail is still at risk from urban encroachment, and as a result of this, the trail has seen many changes since it was officially declared complete.

Today, hikers come from throughout the country and the world to complete a thru-hike of the PCT.

This means that they try to complete the whole 2,663 miles in a single trip. According to the Pacific Crest Trail Association, approximately 700-800 people try to complete a thru-hike of the PCT every year but only about 60% accomplish their goal. Thru-hikes usually take five or more months to complete but the fastest person to ever finish the PCT did it in 59 days traveling an average of 45 miles per day.

The first person to complete a PCT thru-hike was Eric Ryback who achieved the feat as an 18-year-old student. Ryback only re-supplied five times on the 2,663-mile trail meaning he traveled most of the time with an 80-pound backpack filled with 40 pounds of food. Even with that much sustenance, Ryback often ran out of food and was forced to forage.

Some people have even begun to hike the trail both northbound and southbound in the same trip hiking a total of 5,300 miles.

Scott Williamson was the first to complete this feat in 2004 on his fourth attempt. His trip lasted 197 days.

Many avid thru-hikers have clearly trekked through the PCT or sections of it. The famous Scottish-American naturalist, John Muir, sums it up perfectly when he explains why people hike and spend time in nature: “In every walk with nature, one receives far more than he seeks.”