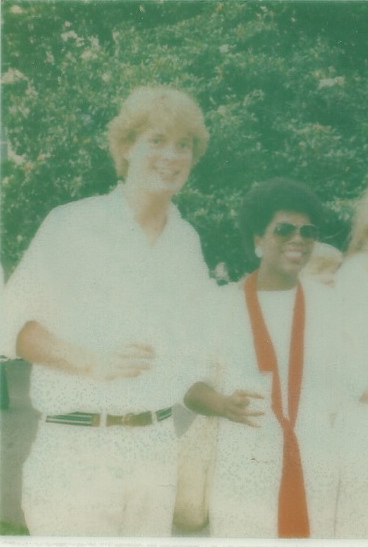 She’s interviewed presidents and sat down with royalty on her TV show, but on a sticky Washington afternoon  in June of 1983, Oprah Winfrey was simply one of 900 guests on the White House lawn for a performance by the Beach Boys.  She was the local TV anchor for WJZ Baltimore, where I was a summer news production assistant.

We attended the concert after going to the DC premiere of the film Superman III. The President and Mrs. Reagan hosted the party to benefit the Special Olympics. The afternoon generated an enormous amount of media coverage. Earlier that year, Interior Secretary James Watt had banned the Beach Boys and other bands from performing during July 4th celebrations in DC, saying the bands attract an “undesirable element”.

Following a media firestorm, the Reagan’s personally extended an invitation for the Beach Boys (fellow Californians) to perform. At the end of that summer, Secretary Watt was forced out of the Reagan cabinet and Oprah bid farewell to her Baltimore audience, telling them she was heading to Chicago to host a local talk show. It may well have been Oprah’s first trip to the White House. It is one I will always remember.