MTV
[Text] Exclusive Interviews With the People Who Started MTV 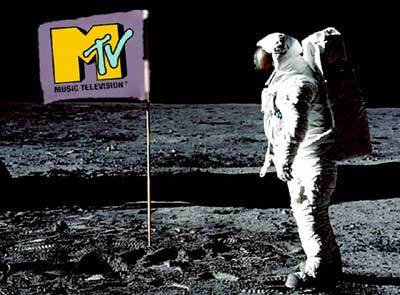 An article circa year 2000 from Vanity Fair magazine interviews some of the senior executives involved in the decision to find and launch MTV. What follows is the story of the famous cable television network show, which launched on August 1, 1981: its building and formative early years—a time when everything was up for grabs, including MTV’s survival. It is told by the men and women who created MTV, their words edited and sequenced to clarify meaning. The titles that follow their names were those they held when the events described were taking place:

Jac Holzman, senior vice president, Warner communications: I’d been involved with music videos—“clips,” we were calling them then—a long time. When we came out with the first Doors album in 1967, we made a video of them doing “Break On Through.” Did it with our own in-house camera, and it cost maybe $1,000. We sent it around to the afternoon dance shows, and it helped get them a lot of attention. I thought, Gee, this is kind of nice: exposure through another medium. I was thinking also that we could probably get some exposure overseas, because we were having a tough time with our really basic American music in Europe, and videos were very big over there.Years pass, and I see a video called “Rio” made by Michael Nesmith, formerly of the Monkees, and it was a whole different order of magnitude from anything I’d seen. He understood that music was not just about audio, but had a visual component which would carry further the meaning of the song. At the time, people were listening to music sort of in one ear and out the other. Videos like “Rio,” I thought, would ground the experience more solidly. I brought it to the attention of Steve Ross, and Steve told me, “There’s an interesting guy over at wasec. Go over and meet him, and see what you guys can cook up.” So I walked into Lack’s office with this stuff and tales of my friend Nesmith. I said, “I think there is really something here. I think we are going to see more and more of these videos.”

Bob McGroarty: Lack called and said, “There’s a guy in my office showing me videos. You gotta see this.” So I went in and Jac showed us these videos they were using for promotional purposes in Europe. I said, “Jesus, we ought to take these and put them on the backside of Nickelodeon and test them in Columbus.” Lack said, “No, let’s start a network.”

Michael Nesmith: I was living in Carmel and making videos, mostly for Europe. If you get a song on TV stations over there, it’s almost assured to be a hit. “Rio” was the first. It wasn’t me singing in front of a camera, but a series of disparate images that proceed from the spirit of the song. I made other videos using the same techniques. Then Jac and I talked. He told me to go see John Lack at this Warner Amex joint cable venture. Jac said, “Something tells me he’ll get this.” I flew to New York and showed John my clips. He said, “God, can you imagine what this could mean? You put it on 24 hours a day and you got a cable channel. Will you go make me a bunch of these?” I said, “Sure.” I went back to Carmel and put together 10 half-hour shows and sent them off. John said, “This is not what I had in mind at all. You have to have hits on here, and you are sending things like Towers of Babylon and Debby Boone.” I said, “Do me a favor. Just test it and see what you’ve got.” He said, “O.K., I think Nickelodeon has some teenagers watching.” They put them on, and according to a woman who was at Nick at the time, Gerry Laybourne, the needle just went off the meter. She said, “This thing is a walkaway hit. Let’s do this.” I said, “No, because what you’re talking about is setting a channel full of commercials for records—and that just doesn’t light my fire.” John said, “We are going to take this and run with it. You sure you don’t want a seat on this bus?” I said, “Yeah, I’m sure. Just pay me for what I’ve done and I’ll go away.”

Now the idea of a 24-hour music channel had to be sold to higher-ups: Schneider first, then David Horowitz, a senior Warner executive overseeing the company’s music and cable interests.

John Lack: Schneider’s first question was “What makes you think they will watch a second time?” I said, “Jack, because when you listen to music, the first time is just to be introduced to the song. The second time, you get to know it. The third, fourth, fifth, and sixth time, you think, This is a great song. But it’s the 100th time you hear it that gives you all these psychological synapse poppings. Every time you hear it, something else happens. It reminds you of things. If we do our job right, and the videos are movies and little poems, it’s going to be even more attractive. You are going to say, ‘Oh, I just noticed that for the first time.’?”

Jack Schneider: If you have a disc jockey with a microphone, a transmitter, and 40 records, you’ve got your radio station. So why don’t we put a disc jockey on TV? I knew that many Columbia artists had been making tapes of their work for some time, because in Europe all the radio networks were government-controlled, and all they played was orchestras. If you were Mick Jagger, video was how you broke something.

David Horowitz, co–chief operating officer, Warner communications: Jack said, “They’ve got this idea for a channel,” and since it was all-music, they wanted to discuss it with me. We went from there. They’d present their ideas, and I would ask questions, raise objections. And they’d come back with the answers. We refined and refined. And I got more and more excited as we did.