“I may have been given a bad break, but I have an awful lot to live for…” 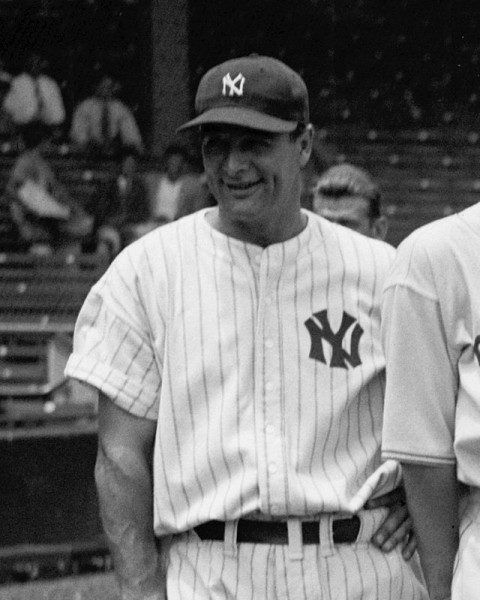 10. Nicknamed ‘The Iron Horse,’ Gehrig was known for his astounding strength (particularly his powerful legs), his endurance as well as his unparalleled commitment to the game.

9. Though he played every game, still maintained an impressive .340 average.

8. Hit four home runs in one game, on June 3, 1932. Only 16 other major league players have accomplished this feat, which the Sporting News called “baseball’s greatest single game accomplishment.” 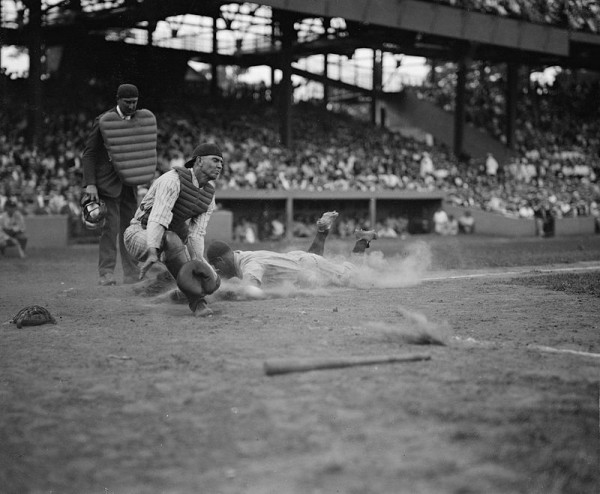 Lou Gehrig slides into home plate to score a run in the fourth inning as the Yankees were playing the Washington Senators. The Yankees would go on to win that game 3-2. (1925). Source: Creative Commons.

6. Hit 463 career home runs, setting the record for most home runs by a first-basemen. Mark McGwire surpassed his record in 1999—hitting 500.

5. Holds the record for most grand slams in a career with 23. 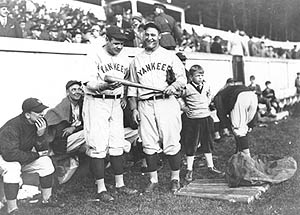 Lou Gehrig with his idol Babe Ruth at an exhibition game in West Point, New York. (May 6, 1927). Source: Creative Commons.

3. His 184 RBI’s in ’31 is an American League record.  He ranks 2nd (behind Hack Wilson of the Cubs) for most in Major League history.

2. Set record for playing most consecutive games with 2,130.  That record stood nearly 60 years until Cal Ripken famously surpassed him in 1995.

1. Was the first athlete to have his number retired into a Hall of Fame, a practice that is done in most sports these days. The normal tradition of waiting two years before retiring a jersey was waived for Gehrig, due to his progressive illness.