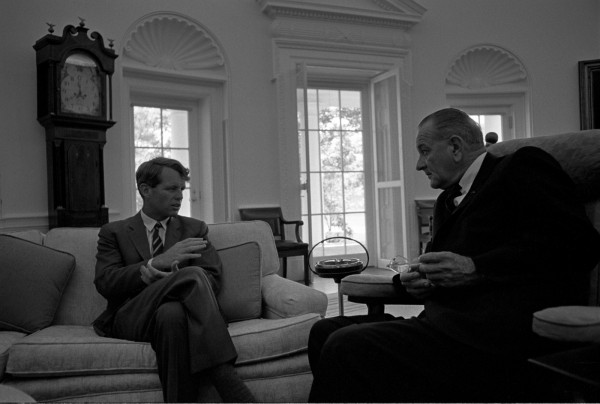 It is with regret that I have received your resignation. You have played a very vital role in the conduct of public affairs.

Both President Kennedy and I sought your counsel on a wide range of matters going far beyond the usual concerns of the Department of Justice. For four years you have shared in deliberations on major matters of national security, and your contributions have been significant.

You must also share my special satisfaction at your conduct of the office of Attorney General. Under your administration the Department of Justice achieved new standards of excellence and has come to symbolize this government’s insistence on the vigorous and impartial assurance of equal justice to all Americans. It has been an administration worthy in every way of the grand tradition of justice on which American liberty rests.

My regret at your leaving is tempered by satisfaction in the knowledge that you intend to continue your service to your country. You will soon be back in Washington where I can again call upon your judgment and counsel.