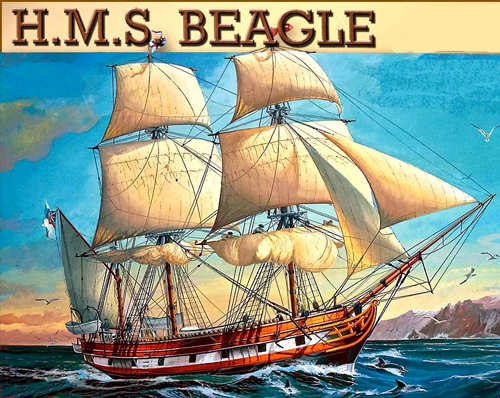 During Darwin’s five-year Beagle voyage, he spent many months on land collecting specimens. It seems from his letters and diary entries that this must have provided great relief as he suffered terribly from sea-sickness.  He writes to his father at the beginning of the voyage:

‘In the Bay of Biscay there was a long & continued swell & the misery I endured from sea-sickness is far far beyond what I ever guessed at.— I believe you are curious about it. I will give all my dear-bought experience.—Nobody who has only been to sea for 24 hours has a right to say, that sea-sickness is even uncomfortable.—The real misery only begins when you are so exhausted—that a little exertion makes a feeling of faintness come on.— I found nothing but lying in my hammock did me any good.”