“Nobody is going to make a monkey out of you…”

David Bowie was just 20 years of age and yet to make a dent in the music scene when, in September of 1967, he received his first piece of fan mail from America. The fan in question was 14-year-old Sandra Dodd, a New Mexico resident whose uncle, a manager of a local radio station, had recently given her a promotional copy of Bowie’s first album. Intrigued, she wrote him a letter, told him that his music was as good as that of The Beatles and offered to start a U.S. fan club on his behalf. Her letter did reach Bowie. In fact, he was so excited to receive such praise from across the Atlantic that he immediately typed out this endearing reply from the office of his manager, Kenneth Pitt. 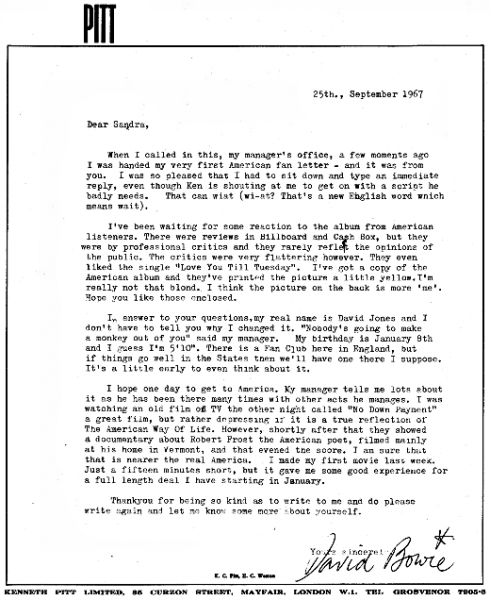