Transcribed below is a telegram on espionage precautions sent to Portsmouth Navy Yard during World War I: 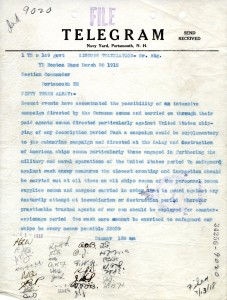