Billie Jean King talks about being a female professional tennis player in the early 1970s. She discusses the famous 1973 tennis match called the Battle of the Sexes in in Houston, Texas where she beat her male opponent, Bobby Riggs: “By beating him, people started to change their hearts and … Continue reading 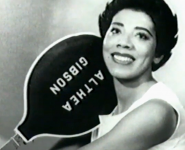 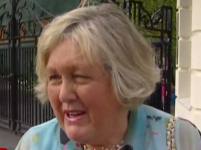 People who were at the 2010 Wimbledon Championships react to watching the longest match in professional tennis history. John Isner of the United States defeated Nicolas Mahut of France in the Men’s Singles tournament first round after 11 hours, five minutes of play within over three days. 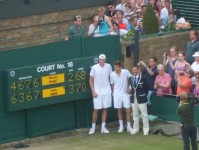 Fans react to watching the Isner–Mahut tennis match at the 2010 Wimbledon Championships, the longest match in professional tennis history: “You’ve got to come to Wimbledon and watch the live event because you just never know what’s going to happen.” John Isner of the United States defeated Nicolas Mahut of … Continue reading 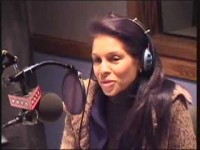 Jeanne Moutoussamy-Ashe, wife of tennis player Arthur Ashe, shares fond memories of her husband and explains how his untimely death and legacy affected the lives of many people. 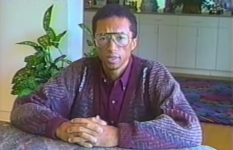 Tennis player and AIDS activist Arthur Ashe speaks for the last time to the public about his diagnoses, the future of treatment and the importance of HIV and AIDS public awareness education.

Fans of tennis player Arthur Ashe pay their respects to the AIDS victim and share their reactions to his death on February 6, 1993. 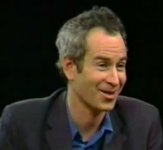 In this interview with Charlie Rose, tennis player John McEnroe reacts to what other players said about his career and shares his thoughts on being inducted into the International Tennis Hall of Fame. Continue reading