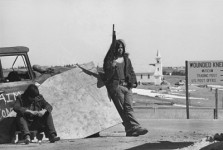 Author: Mitty Steele As told by: Om (Aunt) Ear “After the coup many people from the village joined the Khmer Rouge to fight against the new government…While the government had squashed this uprising, it was only the beginning of the civil war.” The Lon Nol coup occurred on March 18, … Continue reading 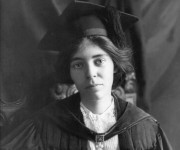 Interview of Alice Paul By Robert S. Gallagher How did you begin? I went down to Washington on the seventh of December, 1912. All I had at the start was a list of people who had supported the movement, but when I tried to see them, I found that almost … Continue reading 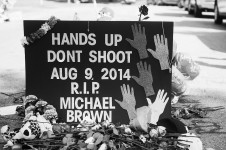 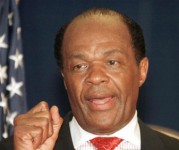 D.C. Councilman Marion Barry explains why the struggle for rights is not over and the power of MLK's speech. Continue reading

Journalist Harald Doornbos was in Libya during the Arab Spring. In this 2011 Ted Talk X in Amsterdam, he presents the souvenirs and propaganda he brought back from a country in the middle of a revolution. Continue reading 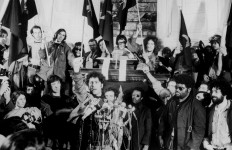 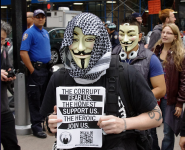 Protestor Felix Rivera-Pitre explains the moment when a NYPD police offer struck him. Rivera-Pitre says that he did not do anything to provoke such an attack: “He singled me out of the whole crowd…I don’t know why.”

A woman who experienced busing firsthand describes her experiences living in Boston's Chinatown and welcoming newcomers to her school. Continue reading 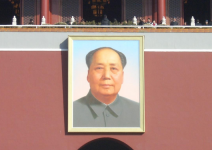 Between the years of 1966 and 1976, Chinese Chairman Mao Zedong helped to lead what is now known as the Cultural Revolution. This was a time when his Communist Party was worried that capitalistic beliefs were going to take over Chinese society. Because of this threat, Mao Zedong and his … Continue reading