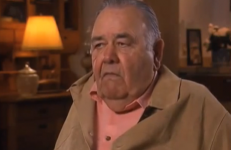 Jonathan Winters gives his firsthand account of what it was like to be on the Tonight Show when Johnny Carson was the host. Winters talks about the electricity that Carson brought to the show, an electricity that has yet to be matched by other talk show hosts. He also explains … Continue reading

Ed McMahon, known for being the “sidekick” to Johnny Carson during the Tonight Show days, talks about the importance of Carson to television. In McMahon’s opinion “if television had no other star, if it only had Johnny Carson, that would have been enough.” He goes on to describe the legacy … Continue reading

TV host David Letterman details the close working relationship he had with Johnny Carson and shares a favorite memory he has of their time together. Regis Philbin also shares a fond memory of Carson. Carson made his last TV appearance on the “Late Show with David Letterman” on May 13, … Continue reading 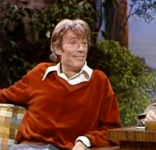 Actor Peter O'Toole recalls the first time he was on The Tonight Show Starring Johnny Carson and explains why his behavior was a little erratic. Continue reading