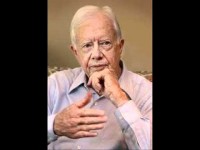 On January 21, 1977, President Jimmy Carter pardoned hundreds of thousands of men who had evaded the Vietnam War draft by either fleeing the country or failing to register. The pardon occurred on President Carter’s first day in office and was the fulfillment of a campaign promise. Not included in … Continue reading 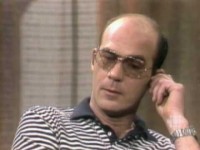 In this 1977 interview with the CBC, author and journalist Hunter S. Thompson describes President Jimmy Carter as “one of the three meanest men I’ve ever met.” Contrary to the President’s public image as a well-intentioned man, Thompson states that only famed boxer Muhammad Ali and Sonny Barger, the former … Continue reading

Historians and former news anchors discuss the life of the 39th President of the United States (1977-1981), Jimmy Carter. This video follows Carter’s life from his early childhood through the troubles he faced as president all the way to his post-presidency, which many historians consider to be a very successful … Continue reading

In an interview with Piers Morgan on CNN, former president, Jimmy Carter, talks about the truth behind the 2012 film, “Argo,” the political thriller film directed by Ben Affleck that won Best Picture at the 85th Academy Awards. Carter was president when the events of “Argo” took place, which was … Continue reading

President Jimmy Carter addresses the public in January of 1979 during his “Crisis of Confidence” speech, also known as the “Malaise” speech. This video is a clip of his speech in which Carter diagnoses a “crisis of confidence” among Americans. He states how the U.S. people are more worried about what the … Continue reading