A truck bomb was detonated below the North Tower of the World Trade Center in New York City on February 26, 1993. The explosion killed six people and injured over a thousand. In March 1994, four men were convicted of carrying out the bombing, including charges of conspiracy and explosive … Continue reading

On February 12, 1994, two men broke into Norway’s National Gallery in Oslo and stole Edvard Munich’s painting The Scream. The painting had been moved to a second-story gallery as part of the festivities for the Winter Olympics, which had opened in Lillehammer, Norway, on the same day. The National … Continue reading 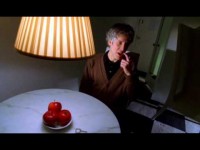 Deep Blue was a computer created by IBM to play chess. On February 10, 1996, Deep Blue played the top chess player in the world at that time, grandmaster Garry Kasparov in Philadelphia, Pennsylvania. Deep Blue won the first game between the two, however Kasparov came back to win the … Continue reading

John Starks was a guard in the National Basketball Association who spent most of his career with the New York Knicks in the 1990s. Starks faced Michael Jordan in more playoff games than almost any other player, with the exception of Isaiah Thomas. In this video, Starks talks about what … Continue reading 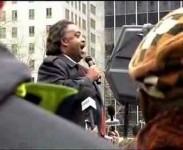 On February 4, 1999, four plain-clothed New York City police officers shot and killed 23-year old Amadou Diallo, an immigrant from Guinea. Diallo was standing outside of his apartment in The Bronx when the officers fired a total of 41 shots, striking Diallo 19 times. Diallo was unarmed at the … Continue reading 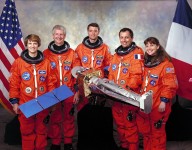 Eileen Collins is a retired NASA astronaut and retired United States Air Force colonel who became the first female pilot and first female commander of a Space Shuttle. On February 3, 1995, Collins piloted the space shuttle Discovery from the Kennedy Space Center in Florida as part of mission STS-63. … Continue reading 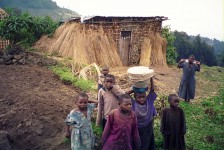 The Rwandan Genocide took place over approximately 100 days from April to July of 1994. Between 500,000 and 1,000,000 Rwandans were killed, constituting as much as 20% of the country’s total population. Tutsis and moderate Hutus were slain by the Hutu majority. In this video, a survivor of the genocide … Continue reading 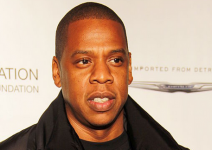 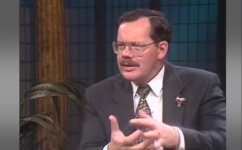 In 1985, Terry Anderson, a journalist with the Associated Press, was taken hostage by Hezbollah militants in Lebanon. Anderson was held for six years and nine months, before finally being released on December 4, 1991. In this video, Anderson and his wife discuss his time in captivity. When asked if … Continue reading