It was a cold morning at Cape Canaveral on January 28, 1986. Crews had worked the night before clearing ice from the launch tower that held the Challenger Space Shuttle. 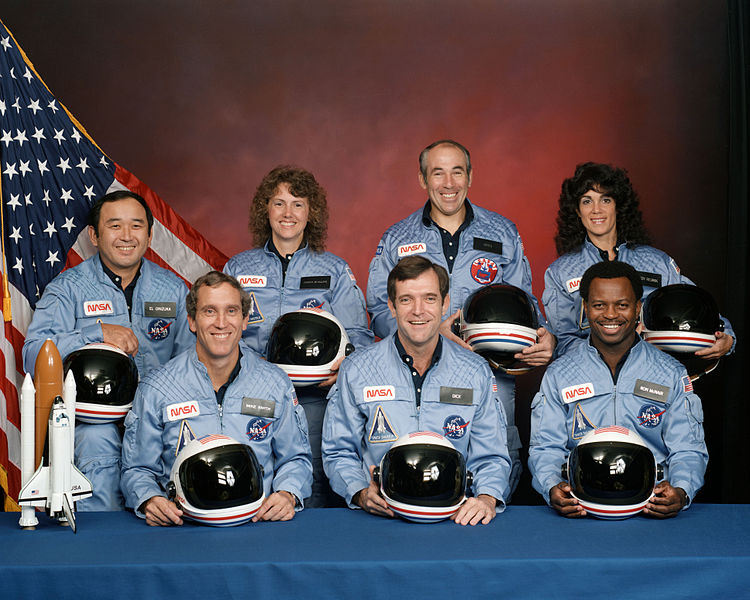 Inside the Shuttle, five men and two women waited to lift off. They would spend six days in space. The vast apparatus of Cape Canaveral, the ornate prelaunch routine, and the many hundreds of millions of dollars that had been spent to put the crew inside the Shuttle and ready it for launch disguised the fact that for most of the nation the launch was no big deal.

In 1985 alone there had been nine Space Shuttle missions, and Columbia had already completed a mission earlier in January of 1986. The Challenger crew included Christa McAuliffe, a school teacher from New Hampshire; the Teacher in Space program was a way to drum up continued buzz about the Shuttle program.

The fact that Shuttle flights were becoming commonplace meant the vehicle was working. Originally the Shuttle was meant to fly as many as 50 times in a year, making space travel routine — even affordable.

In some schools students watched a live telecast, provided by NASA to celebrate McAuliffe’s launch. The major networks ignored the launch, continuing with their regular programs. Only CNN carried the broadcast live.

At 11:38 Challenger blasted off, leaving a trial of white vapor in a clear blue sky. CNN patched into audio of NASA public affairs officer Steve Nesbitt, who clicked off constant updates: “Roll program confirmed. … Engines beginning throttle down now. … Three good fuel cells.” The network’s Tom Mintier broke in to say the mission was on its way. As Mintier started to recount the delays Challenger had faced (the flight had been postponed five times), he paused. It was 73 seconds after blastoff. On screen the Shuttle — 10 miles up in the sky — had exploded. Mintier stuttered something about an explosion and waited. The voice of NASA’s Nesbitt returned, saying “flight controllers here looking very carefully at the situation. obviously a major malfunction.”

The screen showed fireballs and falling debris, but no one on CNN’s coverage spoke. Finally, almost a minute later, Nesbitt was back on, saying the inevitable: “We have a report from the flight dynamics officer that the vehicle has exploded. Flight director has confirmed that.”

Before NASA confirmed the explosion, the few people watching live on CNN that day had already shifted into mourning — the images on the television screen were undeniable. What no one knew then was that the seven crew members were almost definitely still alive, hurtling to Earth inside the cabin of the Space Shuttle. They may or may not have lost consciousness, but if they did they almost certainly regained awareness at some point during the nearly three minutes that the cabin plummeted downwards. It hit the sea going over 200 miles per hour, killing all seven crew members immediately; CNN was already airing a replay of the initial explosion.

The cause of the Space Shuttle Challenger explosion was an O-ring that malfunctioned in the cold. Engineers were aware of the problem; their warnings had been lost in NASA’s bureaucratic maze. The result: The Shuttle program was grounded for nearly three years. The program rebounded, then suffered another devastating blow in 2003 with the Columbia disaster. U.S. space exploration is now a private-public partnership, with SpaceX leading the way.

Ronald Reagan, scheduled to give the State of the Union address that night, instead appeared on television to commemorate the Challenger crew. He quoted a World War II era poem written by an airman shot down at the age of 19: The crew had “slipped the surly bonds of Earth,” he said, “to touch the face of God.”

Where were you when the Space Shuttle Challenger exploded? To share your memories of the event with Witnify, click here.