Witnify » Woodstock Festival of 1969
On Love: I Came to Woodstock to Die–An Angel Saved My Life

Woodstock Festival of 1969
On Love: I Came to Woodstock to Die–An Angel Saved My Life

“I was a broken young man. One who set out to save the world only to become overcome by the waves of evil and despair, which pervaded the reality I found myself in, in 1960s America.” 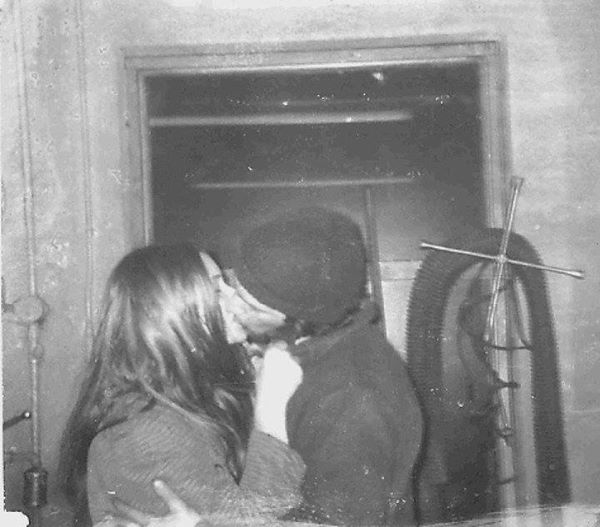 I knew it would happen. It’s 3 a.m. in the morning and I can’t sleep. I’m thinking about the trip I made to Bethel, New York in August 2008 to revisit the site of the original Woodstock Festival. I had arrived here once before in 1969, now 39 years later I embraced the woman then a girl who had once saved my life. I had arrived upon the shores of White Lake way back then, on an old junker motorcycle, a suicide machine as battered and beat up as my own mind and body. The fact that either the bike or myself made the hundred-mile trip the first time was quite remarkable in itself.

I was a broken young man. One who set out to save the world only to become overcome by the waves of evil and despair, which pervaded the reality I found myself in, in 1960s America. I was deaf to the phrase “I love you” from those that mattered most, I was dumb to the ways of the world as I emerged from an autistic mindset and blinded to any possibility of overcoming the deep feelings of angst and alienation which weighed down heavily upon me. It was upon that very bike, stoned and unable to see clearly, I hurled myself at incredible speeds towards telephone poles on the foggy winding road that ran through my mind and where I traveled in the real world. Seeing how close I could come without touching them. knowing that a centimeter closer and it could be all over.

I was a seminarian who had faltered, ill-equipped to battle the existential windmills of grief placed before me. I had carried the hopes and aspirations of my monsignor, my parish, and the small Village of Irvington, New York upon my shoulders–and I was losing the battle. Unable to fathom the chaos before me (civil unrest, assassinations, war), I literally drugged and drank myself into oblivion, falling backwards into locked church doors-ways in the middle of the night. 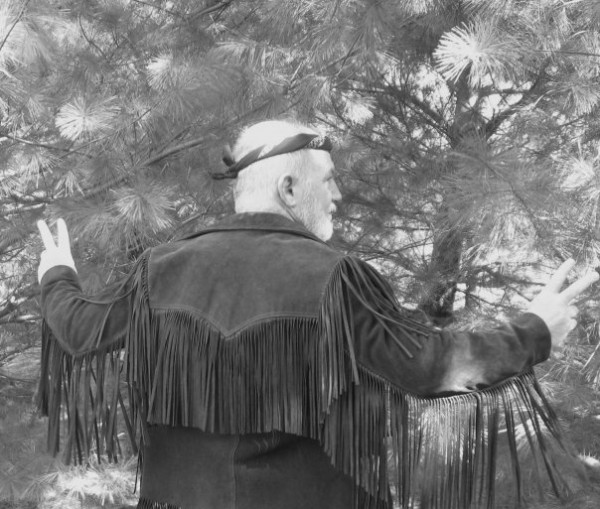 So I returned in August to White Lake with Maria. She was just just seventeen and I was twenty the first time around. We were back to visit the Museum at Bethel Woods, built on the very spot we spent three days in the mud together 39 years prior. We first went directly to the stage area where the monument was placed. After moments of quiet reflection we met with Duke Devlin and had our pictures taken. Duke is a curator of the museum and like us an original survivor. Later we toured the museum. The museum was impressive and housed many memories of the past. After viewing the museum I left ahead of Maria and turned to take her picture as she stood in front of the edifice.

As I look at this picture, I was brought to tears. There in front of me stood a woman, now a grandmother. Behind her looms the Bethel Woods Museum on the very spot we spent three days in the mud together. I catch her on the phone. She is checking in on the grandkids–our grandkids! The irony is quite profound.

Stuck in traffic on my bike off 17b in August of 1969 a young seventeen girl opened the door and exited the car in front of me. As she walked shoeless toward me, her waist-long hair blowing gently in the breeze, little did I know my life would be changed forever. She asked if I would take her down the side of the road on my bike to wait for the traffic to clear. I agreed and rode toward the festival site with a shoeless Maria. We waited for hours, the car never made it. After several attempts to locate the car, we embraced each other, and rode together into the concert. The rest is history.

Patrick has written extensively on Woodstock, including a novel titled “The Closer’s Song” under the pen-name Christopher Cole, which can be found here.