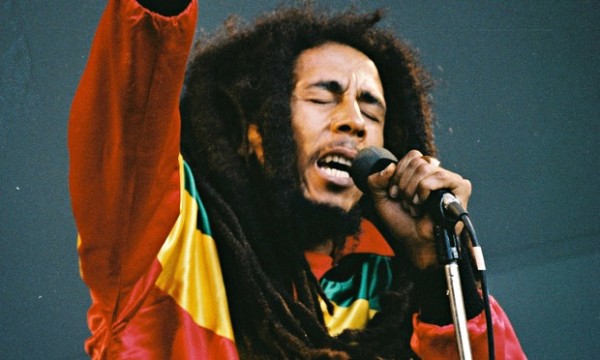 Journalist Leslie Miles, who at the time was an entertainment writer for the Daily News, witnessed and reported on the incident which took place around 9:30 pm. It occurred while Marley and his Wailers Band were rehearsing for the show.

Miles had just finished an interview with American guitarist Donald Kinsey, a member of the Wailers Band.

“The musicians were in the other room rehearsing by themselves, Bob had taken a break. After a while he (Bob) joined the conversation with me and Kinsey and he was adding details to what I was asking,” Miles told the Observer.

“He was eating half of a grapefruit at the time. After a while, I cut the interview and said good night to Bob and Kinsey,” Miles continued. “I told Rita I want to go back down to the paper now. So we went into the green VW at the back of the house.”

He said they were about to drive out of the premises when he heard explosions which he thought were firecrackers.

“She started up the engine to move out, at about 9:20, then I heard a spate of explosions,” Miles recalled. “I said to myself, ‘a weh dem Rastaman a gwaan wid?’. Then I heard some more volleys and I realised it wasn’t any firecrackers, it was the real thing.

According to Miles, a frantic Rita Marley headed towards the gate but a car was parked there, preventing any exit. He noticed men around the vehicle, firing shots.

“Some guys were running back from the house and I think they were the ones who shot into the car and shot Rita in her head and her blood splashed on the back of my shirt,” Miles related. “By that time, wi had to bend down into the front of the car. Wi bend down as low as we could get under the bonnet of the car from inside the car.”

When the shooting ceased, Miles said Rita Marley had sustained injuries to the head. She was traumatised.

Back in the house, Taylor, struck in the abdomen lay on the ground.

“By that time, (bass player Aston Barrett) Family man and the rest of them (band members) fled from the rehearsal room. Bob was shot in the right side of his chest and his left arm,” Miles said.

Shaken by the incident, Miles said once he was sure the gunmen had left, he went to a residence next to the Marley home and asked the occupants if they could allow him a phone call.

He first called a radio station and gave them the story before returning to the Daily News where he dictated the ordeal to senior editor Terry Smith.

Marley and the rest of the injured were taken to the University Hospital of the West Indies where he, Rita and Griffiths were treated and released.

Taylor’s injuries were far more serious and he was flown to Miami by air ambulance for treatment.

Marley performed at Smile Jamaica but left the country shortly after for a month-long recovery and writing sojourn at Chris Blackwell’s Compass Point studio in Nassau, Bahamas.

Later, Marley moved to England where he spent two years in self-imposed exile. While there, he recorded the albums Exodus and Kaya.

No one was arrested for the Hope Road shooting.