“The auditorium crackled with tension; the audience, including many fishermen—who for years had opposed the shipping of oil by tanker and who felt that their livelihoods were at stake—were angry and frightened. It reminded me that a big oil spill is always a human crisis, not just an environmental disaster.” 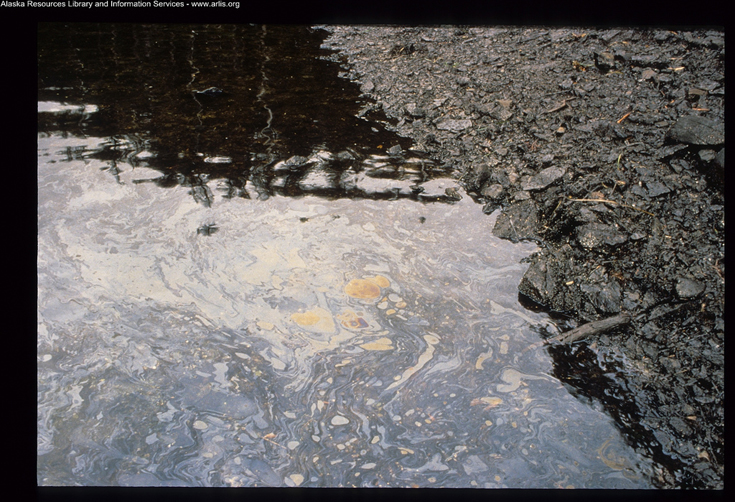 On March 24, 1989, a few hours after the Exxon Valdez spill began, Alaska Gov. Steve Cowper and I boarded the tanker. At the time I was serving as Alaska’s commissioner of environmental conservation. We flew on a single-engine floatplane from the town of Valdez to a cove near the tanker, hitched a ride on a Coast Guard boat, climbed a long rope ladder dangling from the deck, and found our way up to the bridge. From there, we could see that there was hardly any response activity underway

After several hours, we flew back to Valdez, where we went directly into a community meeting—still wearing our oily boots—to report on what we had seen on the water. Already on the stage of the community hall were Exxon officials, who had arrived from Houston. The auditorium crackled with tension; the audience, including many fishermen—who for years had opposed the shipping of oil by tanker and who felt that their livelihoods were at stake—were angry and frightened. It reminded me that a big oil spill is always a human crisis, not just an environmental disaster.

Although much has been written about the Exxon Valdez oil spill disaster, here are some surprising facts.

Emergency decisions and orders. Prior to the spill, response requirements were weak. The governor had to declare a state of emergency before I could issue an emergency order substantially increasing the spill preparedness requirements for tankers operating from the oil terminal at Valdez—the terminus of the Trans-Alaska Pipeline Spill experts from Norway arrived unexpectedly, and they worked with the state’s experts to hammer out details. We wrote the orders by hand in a makeshift office using a cardboard box as a table; and despite these primitive beginnings, many of the orders’ terms later were adopted as part of Alaska law.

Oil spill response plan abandoned. Exxon was legally in charge of the spill response, limiting other authorities’ ability to act. But Exxon didn’t carry out its preapproved oil spill response plan because the response barge was “out of service and unavailable for use.” As others have pointed out, even if it had responded, there were not enough skimmers and boom available to do an effective job. Exxon’s failed response made it clear that we needed a backup plan. The Oil Pollution Act of 1990 for the first time enabled federal officials to direct the response in a major spill.

Volunteers and state agency staff put together their own cleanup: “The Mosquito Fleet.” Frustrated at the slow response, local residents joined with state agency employees to organize their own response using low-tech equipment, local knowledge and plenty of hard work. They based the operation on a borrowed ferry and secured a vacuum truck—dubbed “Miss Piggy.” Miss Piggy sucked up oil corralled by containment booms deployed from skiffs. The Mosquito Fleet successfully protected Sawmill Bay, 15 miles from the town of Valdez, and it stimulated changes in Exxon’s management of the response.

A small percentage of the oil was actually contained and removed. No more than 14 percent of the spilled oil was actually removed. According to the Exxon Valdez Oil Spill Trustee Council, “[N]early 11 million gallons of oil spread slowly over open water during three days of flat calm seas. Despite the opportunity to skim the oil before it hit the shorelines, almost none was scooped up. … Dispersants were applied, but were determined to be ineffective because of prevailing conditions.”

Even with 22 years of response preparedness improvements, the U.S. Geological Surveyestimated that only 19 percent of the spilled oil following the BP Deepwater Horizon oil disaster was removed or was dispersed by chemicals.

Spilled oil has lingered for decades: According to the Exxon Valdez Oil Spill Trustee Council, “oil persists in the environment and in places, is nearly as toxic as it was the first few weeks after the spill.”

This persistence was unexpected. Only through research conducted on the ground, long after the cleanup had ended, were scientists able to detect tens of thousands of gallons of persistent, toxic oil. “Beaches in the area are unique because of their composition and structure, and the lack of waves and winter storm action. This, along with the colder temperatures, is partly why oil has persisted and remained toxic here.”

Among the lessons is that the potential for long-term damage remains wherever oil persists after an oil spill, whether it is on the ocean bottom or in marshes, mangroves or other habitats that are not dynamic.

Effective restoration requires science-based planning and long-term science. Twenty-five years after the Exxon Valdez oil disaster, resources and ecosystems continue to recover; and we have a better understanding of spill response needs and challenges. Restoration following the spill demonstrated the importance of three key factors: comprehensive restoration planning, projects based on clear criteria and tested by independent review, and long-term, scientific monitoring to evaluate the effectiveness of restoration. Most of the affected organisms have recovered, some after a long struggle. Today, populations of only two species, pigeon guillemot and Pacific herring, are still listed as “not recovering.” Through scientific monitoring of their status and understanding the factors that may affect their recovery, changes in restoration methods or management tools may be implemented.