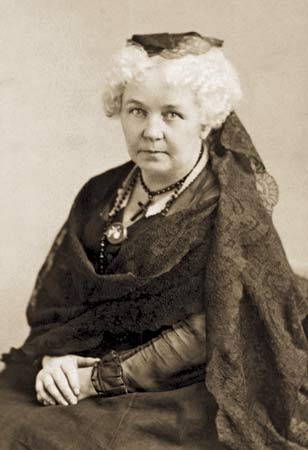 The Women’s Loyal National League,
TO THE WOMEN OF THE REPUBLIC:

We ask you to sign and circulate this petition for the entire abolition of Slavery. We have now one hundred thousand signatures, but we want a million before Congress adjourns. Remember the President’s Proclamation reaches only the Slaves of Rebels. The jails of LOYAL Kentucky are to-day “crammed” with Georgia, Mississippi and Alabama slaves, advertised to be sold for their jail fees “according to LAW,” precisely as before the war!!! While slavery exists anywhere there can be freedom nowhere. There must be a law abolishing Slavery. We have undertaken to canvass the Nation for freedom. Women, you cannot vote or fight for your country. Your only way to be a power in the Government is through the exercise of this, one, sacred, Constitutional “right of Petition;” and we ask you to use it now to the utmost. Go to the rich, the poor, the high, the low, the soldier, the civilian, the white, the black—gather up the names of all who hate slavery—all who love liberty, and would have it the law of the land—and lay them at the feet of Congress, your silent but potent vote for human freedom guarded by law.

You have shown true courage and self-sacrifice from the beginning of the war. You have been angels of mercy to our sick and dying soldiers in camp and hospital, and on the battle-field. But let it not be said that the women of the Republic, absorbed in ministering to the outward alone, saw not the philosophy of the revolution through which they passed; understood not the moral struggle that convulsed the nation—the irrepressible conflict between liberty and slavery. Remember the angels of mercy and justice are twin sisters, and ever walk hand in hand. While you give yourselves so generously to the Sanitary and Freedmen’s Commissions, forget not to hold up the eternal principles on which our Republic rests. Slavery once abolished, our brothers, husbands and sons will never again, for its sake, be called to die on the battle-field, starve in rebel prisons, or return to us crippled for life; but our country free from the one blot that has always marred its fair escutcheon, will be an example to all the world that “righteousness exalteth a nation.”

The God of Justice is with us, and our word, our work—our prayer for Freedom—will not, cannot be in vain.