After hearing that decent weather may take place on the coasts of Normandy on June 6, 1944, Dwight D. Eisenhower–Supreme Commander of Allied Expeditionary Forces during World War II and future U.S. President–made the momentous choice to begin the Allied Forces advance into Europe on June 5. This invasion was called Operation Overlord and on that evening of June 5, Eisenhower composed the following message to be given to the soldiers the next day as D-Day began. He wrote: “We will accept nothing less than full Victory!”–Read the full statement below: 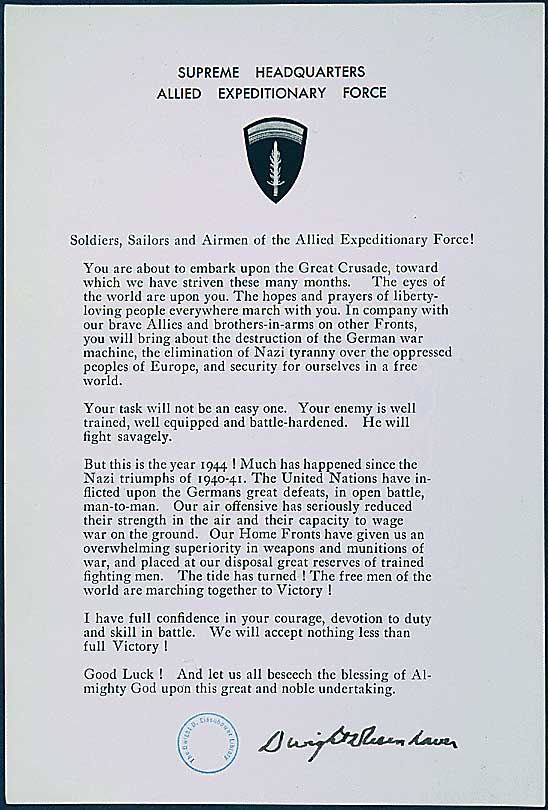