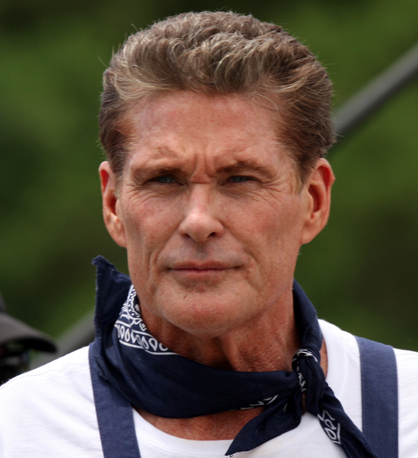 So why is David Hasselhoff connected to the history of the Berlin Wall?

Hasselhoff long had ambitions to be a singer. In the U.S., those ambitions amounted to very little – mainly a guest spot singing “Do You Love Me” on Kids Incorporated. In Germany, though, Hasselhoff had a huge hit in 1989 with “Looking for Freedom,” which topped the German charts for eight weeks. The song—a clichéd, forgettable rocker to American ears—become something of an anthem on both sides of the wall that summer as Germans felt the first rumblings of what would become the fall of communism.

Late in the summer, Hungary and Czechoslovakia loosened or dismantled travel restrictions, allowing East Germans an easy passage to the West. As the East German government responded by cracking down on all travel, massive demonstrations broke out, with chanters shouting, “We want out.” The wall fell on November 9.

On New Year’s Eve, Hasselhoff was in Berlin to perform the song standing on top of the wall, with East Germans and West Germans celebrating below. He was a hit with the crowds and the performance remains memorable today. The footage of Hasselhoff singing on the Berlin Wall became one of the viral videos in the late ’90s when it was rediscovered.