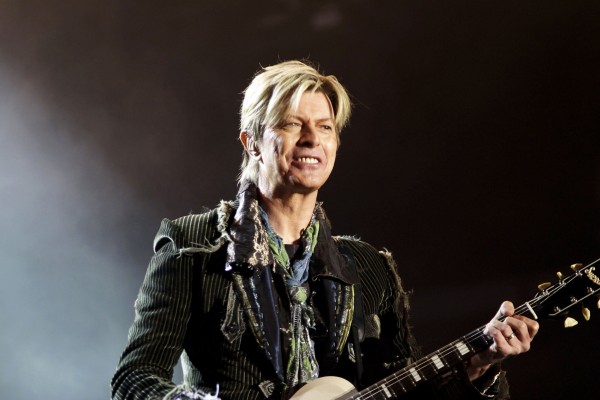 November 1973. A 15 year-old high school sophomore from Lakewood, New Jersey, I take a bus north up Route 9 with a small group of friends to attend a Todd Rundgren concert at Carnegie Hall in Manhattan. Lights are still up, VIPS dot the audience. Bette Midler, just to our left, slides low in her seat to hide when she sees us approaching and testily shoos us away when we try to speak with her. Moments later we hear rumblings of a David Bowie sighting, possibly in the upper loge. Excited eyes scan the hall hoping it’s true, that our beloved idol is really under the same roof. And then we spot him. Center balcony. We bound up the aisle and stairs and are suddenly face to face with the flesh and blood man we had only known as an ethereal muse, our inspiration, our one true kindred spirit. Seeing him, standing so close to him, is the nearest thing to an epiphany I have as a teenager.

Seated between two women, one of them his frequent consort Cherry Vanilla, he becomes human before our eyes. He welcomes us warmly, smiles broadly, graciously grants my request for an autograph. Moments later we’re back in our seats, all of us feeling we’ve been blessed in some way.

October 1987. David Bowie holds a press conference at the Tivoli Theatre in Sydney, Australia, to launch the Australasian leg of his Glass Spider Tour. He is asked whether he has more film work planned; yes, and as a matter of fact he’d been trying for some time to acquire the rights to an Aussie novel, “The Delinquents” by Criena Rohan, that someone else had beaten him to it, and that he would be interested in speaking with that person. Now almost 30 years old and living in Sydney, I wake the following morning to learn from the front page of a newspaper that David Bowie wants to talk to me.

The following week is hyper-surreal. My producing partner Mike Wilcox and I are invited with our wives to join David and other guests in the green room before one of his shows. The meeting is brief but unforgettable. We’re all asked to stand in a semi-circle to greet him. He emerges from the dressing room and says, “Where is Alex Cutler?” and I am face to face with him, shaking his hand and speaking with him as if we were the only two people in the room. I feel much the same as I did 15 years earlier at Carnegie Hall. Days later we meet in his hotel room at the Sebel Townhouse, an intimate setting where we share our thoughts on the film adaptation and express our hopes that we can find a way to work on it together. I later rue that I was hopelessly inarticulate and tongue-tied and probably cruelled any chance of a partnership with him. I’m wrong.

Michael and I travel to NY to meet with David’s management team, Bruce Dunbar and Bob Goodale (sadly, also gone too soon) of Isolar Enterprises. We pick the Algonquin Hotel, a costly and risky move for us but it pays off. We return to Australia and in short order we are formally in business with David Bowie. The same David Bowie I had spent my teen years revering, studying, singing with, sharing with friends, commiserating through, whose music and example were the defining, connective tissue of my adolescence. Lonely and unsettled for much of that time, adrift and disconnected, he helped me hold it together, he brought others like me together, he gave us permission to be different, together. He helped us find courage, to embrace our uniqueness. The guy who I didn’t think I’d be able to survive high school without. I’m now in business with that guy. Providence.

Months pass, development continues. A late night phone call is scheduled with David who is either in Switzerland or New York, we’re not sure. We talk about the script. He still seems enthusiastic but it’s hard to read how he’s really feeling about our plan. There’s still a great deal of energy around the project in the local film community, owing mainly to David’s validation, but we’re not financed yet. John Tarnoff enters the picture on behalf of Village Roadshow and becomes a tireless champion of the project.

This is where I end the story of “The Delinquents.” There are a number of reasons why David and we ultimately decided to go our separate ways, but that’s not my purpose here. I learned a great deal from the experience; about icons and idols and heroes and, as John observed in his recollection, that artists are not their art. Sometimes it’s profoundly disappointing to discover that.

The outcome of our brief partnership notwithstanding, David Bowie has been a mile-marker throughout my life; and his life has had a direct and deeply personal impact on my own. The man that I’ve become is a direct result of Hunky Dory, Pin-Ups, Ziggy Stardust and Aladdin Sane shaping my young world. The movie that changed my life only happened because we both fell in love with an obscure piece of out-of-print Australian fiction.

Artists as mere people may not be their art, but they are no less visionary, poetic and prophetic, and their lasting influence is a gift. I am forever grateful to David Bowie for his gifts and will miss him terribly.