There are some crimes that are deemed too horrible to be punished by a lifetime of imprisonment alone. The United States has wrestled over whether or not a death penalty should be implemented in exceptional circumstances that require another level of retribution. 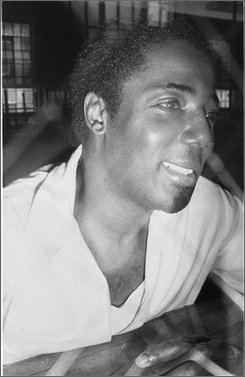 The first criminal ever to be executed by a lethal injection was Charles Brooks, Jr. on December 7, 1982 in Texas. Brooks was arrested in 1976 for the murder of an automobile mechanic, David Gregory. The results of the police investigation determined that Brooks went to Gregory’s place of work under the false pretense of taking a “test-ride.” Brooks and an associate, Woody Lourdes, then took Gregory to a hotel where Gregory was tied up and shot through the head. After his case was considered in nine different hearings, Brooks was scheduled to receive an injection of a barbiturate known as sodium pentathol at Huntsville Prison.

Prior to the injection, Brooks was granted a last meal and three witnesses of his choosing to the execution. Two of his witnesses were figures in the Muslim faith, Akbar Shabaaz and Larry Amin Sherrief. The other witness was his girlfriend, Vanessa Sapp. It was to Sapp and the other witnesses that Brooks spoke his last words: “I love you. I bear witness that there is no God but Allah. I bear witness that Mohammed is the messenger of God.” Brooks did not allow his two sons or ex-wife to view the execution.

One of Brooks’s sons, Keith Brooks, speaks of this historic event in an interview with the Texas After Violence Project, a group that documents past stories on before and “after violence” in Texas. Keith remembers that protestors outside of the building were holding signs that said “Eye for an Eye” and “Kill Him in the Veins.” Keith recalls how Gregory’s family went into a separate room than the one Sapp and the reporters filed into. Keith felt frustrated during this experience because “No one actually came out and said it happened. Nobody said anything.” Keith understood that his father had been executed because of the time lapse yet he wanted verbal confirmation.

Brook’s ex-wife, Joyce Easley, also described her perspective of the execution day to the same group. Easley discloses that she was approached about an autopsy for Brooks’s body after he was pronounced dead. The doctors wanted to better understand how the injection affected his body and Easley feels that Brooks was in a sense a “guinea pig.” When the time came for Easley to see the body, she recounts that Brooks’s face appeared to be smiling despite the nature of his death.

At the time of this death penalty case, the following states were the only ones that accepted lethal injection in prisoner executions: Texas, Washington, Oklahoma, Idaho, and New Mexico. Ten years later, 32 states used lethal injections because it was considered to be the most humane way to administer the death penalty. The injection itself has evolved into a three-drug process. There have been over 1,210 prisoners to be punished by death with a lethal injection since 1976, in the United States alone as of July 2014.